Part of Central Indian Highlands but situated in the Vindhyas the mountains where well connected with the Satpura at the juncture called Maikal Hills. The juncture now connects Achanakmar Amarkantak Biosphere Reserve which comprises of   forests of Achanakmar Wildlife Sanctuay and Amarkantak. It is spread in more than three thousand eight hundred square kilometers.

At this juncture at Maikal Hills Bandhavgarh and Kanha Tiger Reserve Forests also meet. Thus a unique ecosystem was created before the destruction of forests of Central India took place. The tiger reserve are still connected but fragmented at place intruded by human settlements. 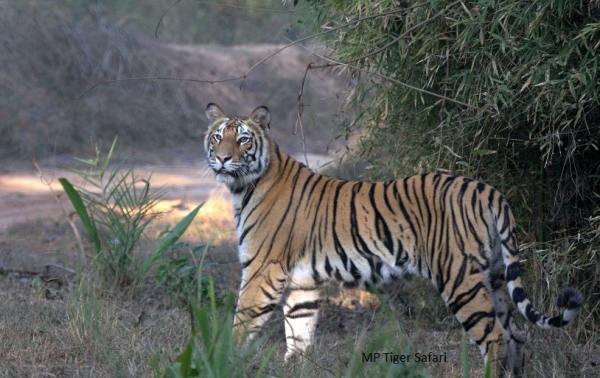 Hence the flora composition of the reserves are nearly the same while Kanha has one mammal species extra that is the swamp deer. What separates is the terrain Bandhavgarh has steep cliffs with jagged edges but tops in a table. Kanha has table top mountains clothed in forests and bamboo.

The sheer proximity of cliffs at Bandhavgarh gives rise to an entirely unique terrain with a charismatic beauty that occurs nowhere in the State of Madhya Pradesh ad perhaps in whole of India.  Another aspect of this reserve smaller in area is the presence of historic relics that date past two thousand years.

On tiger safaris you will discover ruins of forts, stables, temples, man made caves, courts and idols of Lord Vishnu in zoomorphic avatars. The present an incredible sight a long lost glory of the past now isolated and present in this remote and serene ambiance. At the sight of these monuments time stands still and you are transported to an era whence humanity was in nascence.

Now the destination is a protected area with focus on the critically endangered tiger.  BTR is one of the last refuge of the big cats in India. The tiger reserve is well preserved and contains a status of National Park as well. 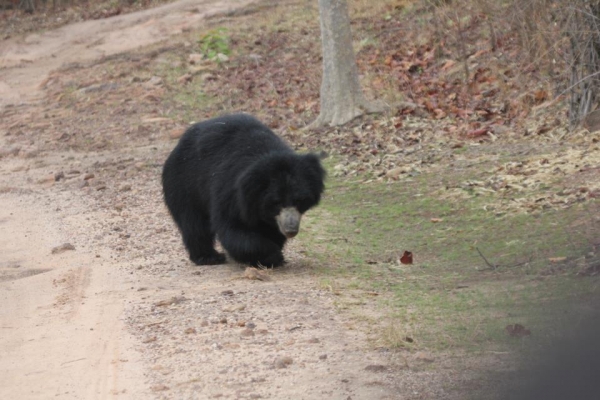 The destination is famous for its tigers and the jungle lore associated with them. Many an iconic big cats have taken birth here to chalk out a name for themselves in annals wild history. They have been the most productive breeders of their race in this part of the World. Badka, Daddy, Gawar, B2, Charger are some of the names of male tigers while Sita was a legendary tigress that was filmed by National Geographic Society. 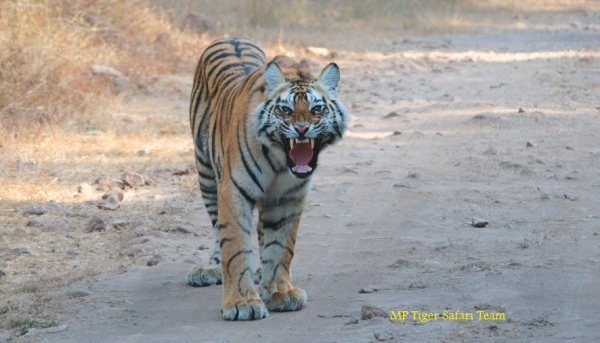 Incredible is the first remark you here from first time visitors. They hilly terrain, wriggling mountain rivers, marshy grasslands and hills and valleys are the striking feature of this panoramic wonder in Central India. Home of the tiger as it is known is an amazing diverse ecosystem which supports equally amazing life forms some of which are are.

On a tiger safari you will come across many other mammals like the bison, leopard, sloth bear, Nilgai Antelope, barking deer, sambar, Indian gazelle, spotted deer and the primate called langur or Hanuman monkey. 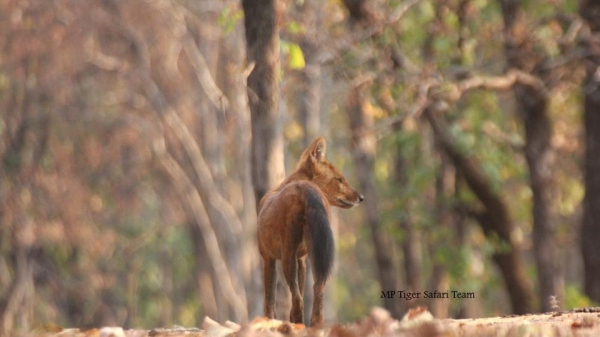 More than two hundred fifty species of birds can be found here. This number also includes the winter migrants some of which arrive from the Palearctic Zoogeographical Region.  Recently about more than a dozen wild Asiatic Elephants have made this park their home and can be seen of safaris.

The grassy meadows inundated by shallow mountain rivers are the characteristic feature of Bandhavgarh. These are the eco-niche that the big cats prefer to hunt. Hampered by the slush the prey is not able to make a quick enough escape and ends up in the predator's jaws. Many films have been made on tiger forests of Bandhavgarh by major companies.

The ideal access point to this little paradise is the Jabalpur Airport. Situated at a distance of four hours drive. The park is well connected with Khajuraho Temples, Panna. Sidhi and Kanha National Park.

Best Sex Toys For Girls - Ways to Select Your In..
07-06 11:54 By FullyGotta
Every person wants to know what the most benefic..
Three Situations Online Pharmacies Are Useful
07-06 11:33 By Robertodeloa..
A person does not know when they'll require drug..
Tech Blog - Find Out about the newest Tech Infor..
07-06 11:03 By dewanhaziri
It is vital to maintain you current in terms of ..
Finding the ideal Tips For Binary Options Tradin..
07-06 06:43 By pepar49937
In the event you are like most binary options tr..
Thigh High Boots - Attractive And Kinky Boots
07-06 08:43 By dewanhaziri
Hey guys, thigh boots are again in craze now! Do..