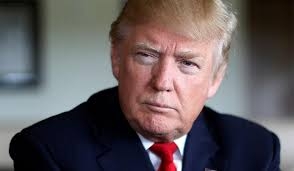 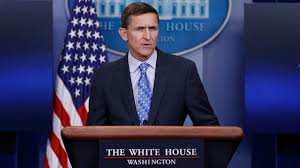 According to the BBC news, Donald Trump has responded to a guilty plea by his former national security adviser Michael Flynn, by saying Mr. Flynn's actions as a member of his transition team "were lawful".

Mr. Flynn has entered a plea deal and agreed to co-operate with an inquiry into alleged collusion with Russia. The deal, for a lesser charge than he might have faced, prompted speculation that he has incriminating evidence.

The president wrote on Twitter on Saturday that he had "nothing to hide".

Mr. Flynn is cooperating with Special Counsel Robert Mueller, who is leading an investigation into alleged ties between the Trump campaign and Russia ahead of the 2016 election.

On Saturday, a day after Flynn's indictment, it emerged that a veteran FBI agent was dismissed from Mueller's team after the discovery that he had sent anti-Trump text messages. Peter Strzok was removed from the investigation over the summer, a spokesman for the special counsel's office, told the New York Times.

Saturday should have been a momentous day for president Trump, after his sweeping tax reform billfinally scraped through the senate in the early hours of the morning. But any celebratory mood among administration officials would have been short-lived, dampened by a string of news reports on the Russia scandal.

In tweeting early on Saturday to deny that Flynn had acted unlawfully as part of his transition team, Mr. Trump appeared to admit that he knew the former general had lied to the FBI before he fired him, contradicting the president's account at the time. 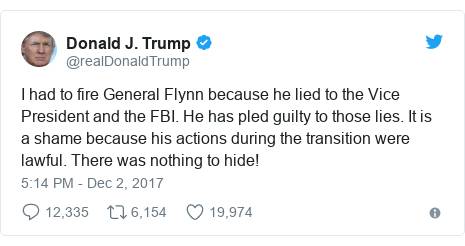 Analysts say if Mr. Trump knew that Flynn had lied to the FBI about pressuring then-FBI director James Comey to drop the agency's investigation into the former general, it could amount to obstruction of justice by the president.

Matthew Miller, a former Obama administration Justice Department official, said in a tweet: "Oh my god, he just admitted to obstruction of justice. If Trump knew Flynn lied to the FBI when he asked Comey to let it go, then there is your case." 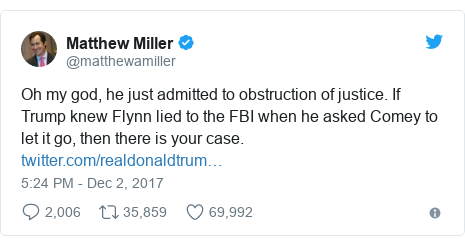 Meanwhile, the New York Times reported that it had obtained internal emails sent by Trump's transition team that disputed the White House assertion that Flynn acted alone in his contacts with Russian officials.

In one email quoted by the paper, a senior adviser appeared to say that Russia had "just thrown the U.S.A. election to him", referring to Mr. Trump. A White House lawyer told the paper that the adviser, KT McFarland, had meant only that the Democrats were portraying it that way.

Under the terms of the plea deal with Mr. Mueller, Flynn admitted making false statements to the FBI, a significantly lesser charge than he might have faced for illegally dealing with Russian officials. Analysts say the deal suggests that the former general has evidence implicating one or more senior members of the Trump administration.

Mr. Flynn has admitted lying about his contact with the Russian ambassador Sergei Kislyak in December 2016 - after preseident Trump was elected but before he became president. The charging documents against Flynn state that he was directed to make contact with Russian officials by a "very senior member" of the Trump transition team.

Several US news organizations report the very senior official now under the spotlight is Jared Kushner – Mr. Trump's adviser and son-in-law. US intelligence agencies say Russia's President Vladimir Putin directed a state effort to influence the US election in favor of Mr. Trump.

Donald Trump has repeatedly denied that his campaign or transition team colluded in Russian actions. Speaking to reporters on Saturday, he said: "What has been shown is no collusion, no collusion. There has been absolutely no collusion. So we're very happy."

What Did Flynn Do Wrong?

Mr. Flynn was questioned by the FBI shortly after Trump took office in January about his December meetings with Mr. Kislyak. He was forced to resign in February, 23 days into his job.

According to the FBI's statement of offence signed by Mr. Flynn, he discussed Russia's response to US sanctions as well as a UN Security Council resolution on Israel, at the direction of the Trump team. Under the Logan Act, it is illegal for a private citizen, as Mr. Flynn was during the transition period, to conduct foreign affairs without the permission or involvement of the US government.

The charge of making false statements normally carries up to five years in prison, but under the terms of his plea deal Flynn faces a lighter sentence of only up to six months, court filings show.

The administration has sought to distance itself from Mr. Flynn. White House lawyer Ty Cobb said on Friday: "Nothing about the guilty plea or the charge implicates anyone other than Mr. Flynn."

Michael Flynn previously served in the Obama administration before being fired. Obama reportedly advised his successor not to hire the former general, but Trump appointed him to one of the most senior positions in the country.

Flynn is not the first former Trump official to be charged. In October, Trump's former campaign manager, Paul Manafort, and his business associate Rick Gates were accused of conspiring to defraud the US in dealings with Ukraine (both deny the charges).

Fuel Storage Container Market Pegged at US$ 9 Bn..
04-20 22:19 By Jason Tham
Countries producing fuel are seen as potential ..
Best Cooling Pillow Amazon For Sleeping
04-20 21:55 By glenkwhite1
Best Cooling Pillow Amazon For Sleeping Through..
How to Engage in On the net Poker: Are Your the ..
04-20 21:50 By pokerasia01
Thousands and thousands of poker gamers ab..
What to expect when you have a tooth extraction?..
04-20 21:45 By brianahallis..
Tooth extraction means the removal of a single o..
Pectin Market : Global Outlook, Trends and Forec..
04-20 21:34 By rupalic
The report "Pectin Marketby Type (HM Pectin, LM ..