Traditional and fusion cooking styles, regional and international ingredients and a new awareness of healthy eating are all factors contributing to an exciting time for Chinese cuisine. We explore the possibilities. 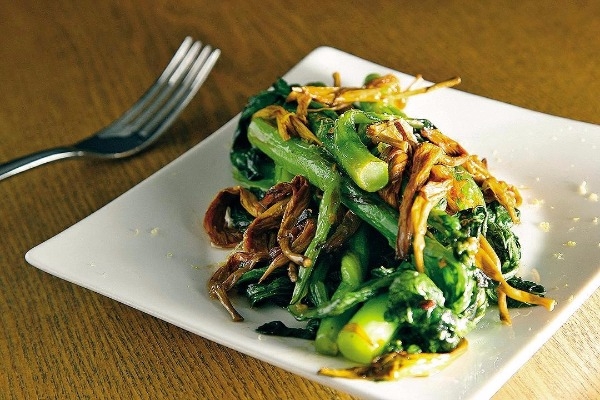 One of the vegetables largely associated with Chinese cuisine is the humble mustard green, caixin or choy sum.

In Chinese, its name translates as "heart of the vegetable", which hints at its tenderness and flavor. But it is still mostly relegated to a supporting role - as the greens in a bowl of noodles, or the garnish lining a plate of braised meats.

It really deserves more prominence on the dining table. In this respect, the southern Chinese do much better, since they are more familiar with this native vegetable.

Once, I was asked what cooking skills I would look for in a prospective daughter-in-law. There was no hesitation as I rattled off a list: A perfectly cooked bowl of rice, steamed fish, Cantonese-style, and a platter of stir-fried mustard greens.

Mustard greens must be stir-fried with enough heat to lock in the juices so they stay crisp but do not taste raw and green. They must be salted just enough to draw out the natural sweetness and have that optimum amount of oil to lacquer the vegetables with a sheen, but not be overly greasy. An art in itself.

Once, in Chengdu, I had a bowl of clear soup which was labeled "white-cooked vegetables" on the menu. There was a tiny shoot of caixin floating in what looked like hot water. In this case, it was pure artifice.

The liquid was actually a crystal-clear condensed chicken consomme, full of flavor, and the caixin in it was the perfect foil with its tender leaves and crisp, sweet stem.

Mustard greens grow in all seasons, especially in the southern provinces where the plant flourishes best. But it is in the last months of the lunar year that it comes into its fullest glory.

The vegetable enjoys the cold and responds to the chilly nights with bright green shoots that are sugar-sweet. 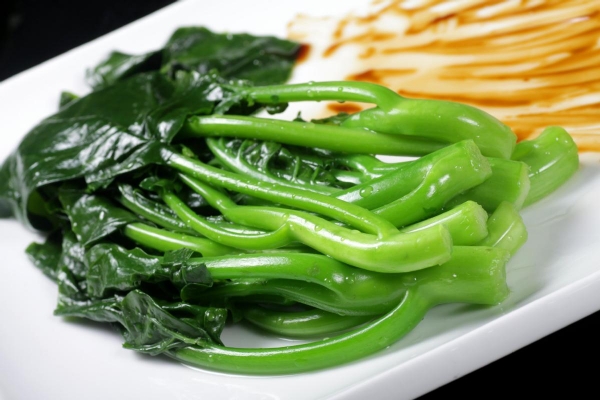 It is really grown in Shenzhen and Guangzhou, but exporters seem to prefer the more metropolitan tag.

Mustard greens are easy to grow but they must be harvested at the precise moment when the flower buds are just appearing. A day later, if the buds bloom, the value drops immediately, as the shoots take on a slight tinge of spiciness.

The shoots are harvested for the fresh market and sold in large green bunches which are quickly snapped up.

In Hong Kong, the wonton noodle shops will cook you a platter if you ask, simply blanching them in the noodle pot and then dousing them in a mixture of peanut oil and oyster sauce.

It is also popular in homes as a simple soup, with the leaves and stem separately cut and thrown into boiling water, together with thinly cut and velveted slices of lean meat.

There is also the simple stir-fry, which all novice cooks learn to do in their first lessons in the kitchen.

The caixin is carefully washed, then the leaves are stripped off. The tough fibers on the lower stems are peeled, exposing the tender insides. The leaves and stems are placed in separate piles.

Next, aromatics. Either thin slices of ginger or a minced clove of garlic go into hot oil. The stems are tossed into the wok first, followed by the leaves. It all takes about two minutes before a platter of bright green mustard green goes on the table.

As always, nothing goes to waste. Older leaves left on the plant are harvested for pickles. The tough stems are chopped up and salted, then fermented in urns until they miraculously transform into salted vegetables that go well with a bowl of plain porridge in summer. 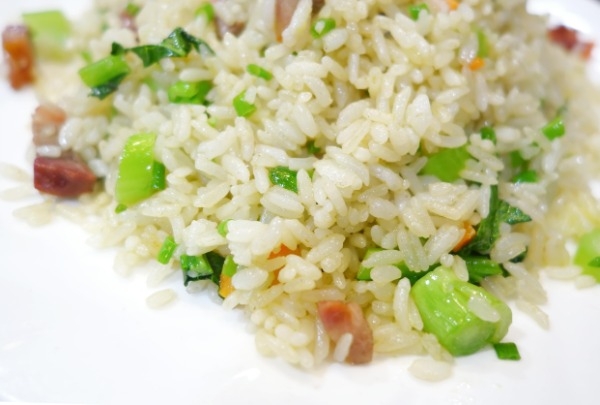 The Cantonese are also fond of drying the whole vegetable by laying it out in the sun. The finished product will be cooked in soups with large pork bones for a flavorful broth that they believe is also an excellent detox recipe.

My grandmother had a recipe for caixin rice, and she would deliberately choose older vegetables with a more pronounced mustard flavor. She added nuggets of salty cured meats and Chinese sausages, and the rice would come out of the pot speckled with green and red.

Mustard greens are part of the extensive brassica family. In Western markets, the most popular would be white and purple cabbages, broccoli, cauliflower, Brussels sprouts and the spicy rocket or arugula

This is a recipe that is excellent when you have some leftover rice. The cured meats flavor the rice but we always added soy sauces to our individual bowls.

Prepare the vegetables. Wash and separate leaves and stalks. Trim off any tough portions on the stem. Chop the leaves into short, thin strips and set aside. Cut the stems separately, dicing them.

Dice the sausage and stir-fry to render some fat. Add the ham or belly pork, followed by the mustard green stems.

Add the stir-fried mixture to the rice and place in a rice cooker. Sprinkle with the quarter cup water and cook. After five minutes, add the caixin leaves.

When the button pops, mix well with a spatula and garnish with spring onions. Serve with light and black soy sauces to taste.

A large bunch of young caixin, about 300g

Wash and trim the mustard greens, leaving them whole.

Heat up a pot of water to boiling, add a spoonful of oil and blanch the mustard greens. Drain well and arrange on serving platter. Drizzle with remaining oyster sauce.

Heat up a ladle of oil in the wok and slowly fry the garlic till golden brown. Scoop out the garlic and set aside.

Raise the heat to medium and add the beef slices, quickly stirring to separate completely. As soon as they turn color, remove them from the oil, drain and pile onto the blanched vegetables. Garnish with the golden garlic.

What Design Trends Will Emerge in 2021?
01-21 22:24 By oliverjames
Branding and graphic designare constantly evolvi..
8 Best tips for Bathroom Tiling
01-21 22:23 By marbleplusse..
If you have decided to extend your handyman skil..
Four Suggestions for Picking the correct Chiropr..
01-21 19:29 By tediye7916
Chiropractors treat people struggling with spine..
How to Take Care of Bluestone Paver?
01-21 21:56 By Edwards Slat..
Bluestone is the best material that never le..
What a woman needs to know during twin baby preg..
01-21 21:46 By steveehicks
When you come to know about your twin baby pregn..