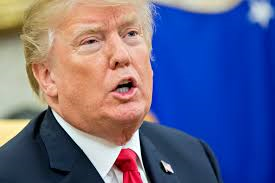 I voted for Donald Trump!

There. I’ve admitted it. Right here in print. I’m part of the problem. There are times in the last two years when I’ve never been more embarrassed about a decision in my life. But given the choices presented at the time, I’d do it again. 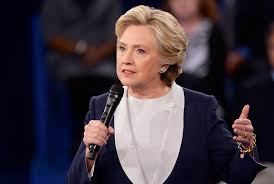 Hilary was a no-vote from the get go for me. I have acquaintances who worked around the political elite during the Bill Clinton administration who said that working around Bill was like working alongside a rock star. But his wife was ignorant and vengeful and had ideas they felt were wrong for America. 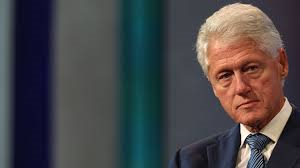 Donald Trump is embarrassing as a global leader. I thought I was embarrassed by a globally apologetic Obama at the beginning of his first term. But Trump is worse in his egotistical demeanor and through his never-ending tweets. But let’s look beyond the drama of his foolish personal behavior and look at what his administration has done.

Trump’s overall approval rating is around 41.5% (using an average from the top five political trackers). By comparison, Ronald Reagan’s approval rating at this point in his first presidency was 37%. The majority of Republican voters still side with Trump—about 88%. This statistic is surprising in light of how unstable his White House staffing has proven to be.

Even with the upheaval in personnel, the Trump administration can boast of two big successes:

1. The passing of a major tax reform bill which reduced corporate tax from 35% down to 21%.

2. The confirmation of two new Supreme Court judges—Neil Gorsuch and Brett Kavanaugh—that has swayed the pendulum back to a more conservative majority.

The worst blight on his tenure so far in office is the failure of his border wall initiative. Apprehensions are down about the border, and statistics show that illegal border crossings continue to decline from a high back in 2000. But Mexico is no where closer to agreeing to pay for a wall and U.S. funding is a far cry short of the figure Trump wanted.

In terms of the overall economy, not much has changed in Trump’s time in office. Figures reveal that the trajectory is flat from when Trump took over from Obama. The stock market had quite a bull run, but that has now tapered off.

In summary, we’re no worse off than we were prior to Trump, and we are minimally better. In my opinion, if Trump were a better human being, his approval ratings would probably be higher. He’s his own worst enemy. If he truly put America’s interests as a whole nation first, if he acted presidential and led with dignity and integrity, he and our country would be better received at home and abroad.

What You Need To Know Abut Singapore Tech Pass
09-17 20:11 By Cheryl Lee
Singapore Government will issue a new work permi..
What You Need To Know About Certificate of Incor..
09-17 19:58 By rikvin.marke..
Certificate of incorporation is a proof of busin..
How CBD Can Be The Key To Overcoming Fibromyalgi..
09-17 09:52 By regeneratecb..
There is a condition affecting millions of peopl..
Runners Can Feel Like A Champ By Taking CBD -And..
09-17 09:49 By regeneratecb..
Right now, at the time of writing, TV viewers ar..
Sales Of CBD Products Rise To Record Levels Duri..
09-17 09:45 By regeneratecb..
The coronavirus pandemic has had a detrimental e..