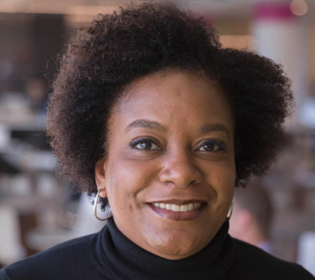 Lyft has been the subject of its fair share of IPO rumors this year, and news of its latest hire is throwing more fuel on the fire.The ridehailing company has brought on Kristina Omari (pictured) as its very first VP of corporate development and investor relations, a role that could hint at a forthcoming public offering. Hiring a head of investor relations tends to mean a company is preparing to debut on the stock market since public companies face increased expectations for regulatory compliance and communication with their investors.Omari was most recently VP of corporate development for Fitbit, a role she took on in September 2015, about three months after the wearables company went public. Before that, she held similar jobs at Adobe and Hewlett-Packard, two other public companies.

Lyft's road to a potential IPO

As Uber has struggled over the past year, Lyft has emerged as the odds-on choice to become the first US ridehailing company to go public. New-ish Uber CEO Dara Khosrowshahi has said he has no plans to conduct an IPO in the next 18 months, while hiring Omari is the latest sign that Lyft hopes to hit the public markets in the near future.An earlier indication came in September, when reports emerged that Lyft was close to choosing an advisory firm for the upcoming listing. The San Francisco company's good-and-getting-better financial figures are another tell. At the beginning of 2017, news came out that Lyft was on its way to profitability by 2018, despite still losing hundreds of millions a year at the time. Fast forward to last week, when documents revealed that Lyft brought in $483 million in revenue during the first half of this year, up from $150 million during 1H 2016.And just a few days ago, Lyft locked in an additional $500 million for its latest funding, bringing the round's total up to $1.5 billion and increasing's Lyft's equity financing for the year to $2.1 billion. That funding—which came with an $11.5 billion valuation—could very well be the company's last private financing on its road to an IPO.