853
Hillary Clinton - the 1st female president of US？ 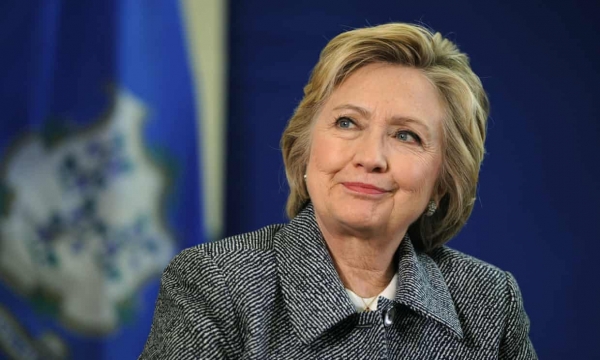 To announce you’re excited about Hillary Clinton is an oddly subversive act, and to suggest others ought to feel the same, even more so.

But following a decisive victory in New York and with her path to the presidency ever-more surefooted, the possibility of the first female president is sinking in. And whatever your feelings about Clinton as the vessel for this achievement, it’s an extraordinary one.

Even Clinton herself will acknowledge she doesn’t have the magnetism of certain politicians, telling feminist writer Lena Dunham memorably of her candidacy, “If you can’t get excited, be pragmatic.” Clinton’s bid for president may not have the dreaminess of Barack Obama’s, but it’s on track to be every bit as historic. And to simply say she would be the first female commander-in-chief is almost too glib. Should she actually win in November, she’ll have overcome a political process that, until Obama, systematically kept everyone but white men from the presidency for the last 220-plus years.

If young Democrats, who champion inclusivity in politics, can’t start getting excited about upending that centuries-old tradition, they – to quote a popular internet meme – are doing it wrong.

Ellen Malcolm, the founder of Emily's List, which campaigns to get pro-choice Democratic women elected, thinks it’s just a matter of time until even the Bernie holdouts come around. “I think electing the first woman president is going to unleash a sense of emotion and pride from women across this country and from across the world,” she told MSNBC earlier this year. As someone who’s been dealing with the question “Why should I vote for someone because she’s a woman?” for the last 30 years, she should know.