Kale is undoubtedly a healthy vegetable and has spawned many an obsession amongst health-loving bloggers and nutritionists alike. Puns like “Kale Me Maybe” and “Please Don’t Kale My Vibe” have sprinkled health conversation with their adorable enthusiasm. However, chomping on the stems without cooking them first isn’t such a great idea. 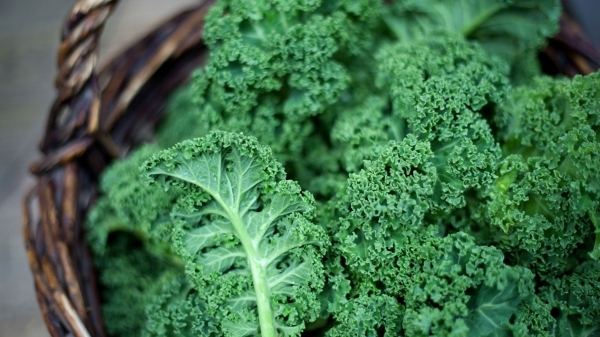 Kale is a cruciferous vegetable, among the same family as cauliflower, broccoli and cabbage. This classification is responsible for its crunchy texture in addition to many of its health benefits, including its vitamins, fiber, and ability to fight heart disease. But these vegetables have a dark side — when eaten raw, they can suppress production of the thyroid hormone responsible for regulating your metabolism.

According to Oregon State University’s Linus Pauling Institute, these vegetables contain both progoitrin, a compound that can interfere with thyroid hormone synthesis, and thiocyanate ions, which can crowd out the iodine your thyroid needs. After eating an extremely large amount of raw kale, you could experience hormonal irregularities that lead to fluctuations in blood sugar, weight, and overall metabolic health.

Don’t let this scare you away from a kale salad here and there, but if kale is consumed raw chronically and in excess, one could experience a swelling of the thyroid, often called a goiter.

In reasonable doses, the effect will wear off and your thyroid will remain unharmed. But chow down on any bizarrely large portions of raw vegetables and you could be in for some serious thyroid trouble. In 2010, for instance, an 88-year-old woman in China fell into a coma from cabbage-related thyroid dysfunction — but this only happened after she had eaten 1.5 kilograms (over 3 pounds!) of raw bok choy every day for months in an ill-advised effort to avoid diabetes.

As long as you’re not following an unwisely restrictive diet, your kale consumption won’t harm your thyroid — though it can cause some less serious problems even in smaller doses. Raw vegetables such as kale also have a large amount of indigestible fiber — not ideal for your stomach to handle in large amounts. Stick to the occasional raw kale salad or superfood raw smoothie to err on the safe side and avoid unpleasant side effects such as constipation, stomach pain, and bloating.