According to the A.C. Nielsen Co., the average American watches more than 4 hours of TV each day. That's the equivalent of 28 hours per week or 2 months of nonstop TV-watching per year. In a 65-year life, a person will have spent approximately 9 years glued to the tube. That's a ton of television watching. Most individuals have their favorite shows and they often time like them so much, that they rewatch them, continue watching season after season. I will be discussing my opinion of binge-worthy TV shows.

Seasons 1. 10 episodes.
Who's in it: Renée Zellweger, Jane Levy, Blake Jenner
What it's about: A naive, ambitious biotech-startup founder and her kinda dumb ex-professional-athlete husband get a proposition they stupidly don't refuse from a Machiavellian venture capitalist with a secret past.
Why it's great: This is a show that revels in outlandish twists and quotable characters you'd hate in real life, yet done in a way that will make you literally shout at the television with gleeful incredulity and queue up the next episode. Zellweger 100 percent deserves an Emmy for her role as a scheming venture capitalist/puppet master, but she wasn't even nominated. Rude.
Who it's for: Fans of Revenge and Indecent Proposal 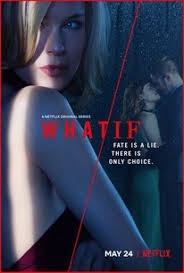 Seasons 8. 73 episodes.
Who's in it: Emilia Clarke, Kit Harington, Sophie Turner, Nikolaj Coster-Waldau, countless others
What it's about: Presumptive, incestuous highborn squabbling for power in a medieval realm that's about to be attacked by a supernatural horde.
Why it's great: I mean, it's Thrones! After 73 episodes, a gazillion of character deaths and lots of intrigue, betrayal, and trauma, the show's watch has ended. Game of Thrones nonetheless had enough left in the tank to capture what seemed like the entire world's constant attention for six weeks this spring. Game of Thrones ruled.
Who it's for: Literally everyone 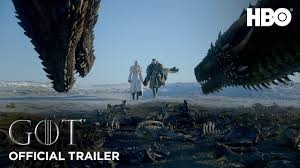 Dead to Me (Netflix)

Seasons 1. 10 episodes.
Who's in it: Linda Cardellini, Christina Appelgate, James Marsden
What it's about: Two grieving women bond via group therapy, but all is not what it seems.
Why it's great: First of all, Linda Cardellini nails her stalker-y, self-deluding, yet well-meaning character who sidles up next to (the also great) Applegate's grief-stricken, death-metal-listening widow. The premise leads to some fun twists and turns, and James Marsden, as a selfish ex, is perfectly hateable.
Who it's for: Fans of Killing Eve and Insecure 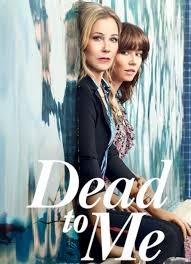 Seasons 2. 36 episodes.
Who's in it: Freddie Highmore, Nicholas Gonzales, Antonia Thomas, Hill Harper, Richard Schiff
What it's about: Shaun Murphy, a young surgeon with autism and Savant syndrome, is recruited into the surgical unit of a prestigious hospital.
Why it's great: This is not just another doctor show but showcases how differences can actually be beneficial. As well as show how individuals with autism think and evaluate situations and how to navigate life.
Who it's for: Fans of doctor shows

Seasons 5. 100 episodes.
Who's in it: Ben McKenzie, Donal Logue, Sean Pertwee, Robin Lord Taylor, Camren Bicondova, Cory Michael Smith, Maggie Geha
What it's about: The series follows Gotham City Police Department recruit Jim Gordon (Ben McKenzie), is paired with detective Harvey Bullock (Donal Logue) to solve crimes in Gotham City.
Why it's great: Based on DC Comic's original characters appearing in the Batman franchise. Focuses on the early days of Gordon and his involvement with the Gotham City Police Department (GCPD). Subsequently, includes the Bruce Wayne character and the origin stories of several Batman villains.
Who it's for: Fans of DC Comics and Batman

Seasons 2. 21 episodes.
Who's in it: Maia Michelle, Cierra Ramirez, Zuri Adele, Tommy Martinez, Roger Bart, David Lambert
What it's about: Adams-Foster siblings Callie and Mariana relocate to Los Angeles to begin the next phase of their lives. The two of them navigate their young adult lives while interacting with their neighbors and the people they befriend.
Why it's great: Spin-off of the original show entitled The Fosters, the two sisters endure real-life problems that young adult woman go through. This will leave you wanting to know what happens next, filled with drama, secrets, and partying.
Who it's for: Fans of teen drama 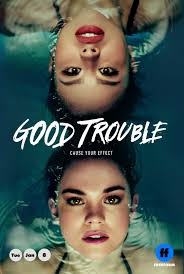