Lionel Andrés Messi Cuccittini, believed to be by many in the world as one of the if not greatest futbol player in the world. What makes him so special? Why is he considered the "best"? Who is he really? There are so many questions when it comes to knowing the details behind what makes an athlete great. Is it pure talent or is it the person behind the talent? 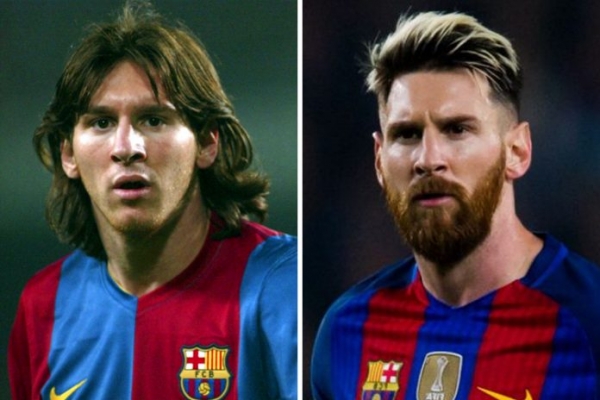 Messi having been playing for the Barcelona team at an impressive 17 years old debuting and scoring his first goal (making him the youngest player to debut and score in La Liga's history). Messi was impressing everyone in the world, but his touch and control making plays alongside the famous Ronaldinho. What better way for a young player to develop himself under the guidance on one of the best players to ever play the game. Reaching new heights and an all time leading goal scorer in the next years and helping Barcelona win more trophies than ever before. Messi won the Ballon D'or and FIFA Player of the Year for the years to come. But what was so special about him you ask? It was his pure talent and hustle to do his best for his team. He in fact became one of the best goal scorers in history, not only for Barcelona or Argentina, but in the world. Watching Messi play is all about noticing his movements and his touch on the ball. Having the talent and potential is one thing, but being groomed by some of the best players to play the game at Barcelona has been one of the key features to who Messi has become. Without a doubt the rivalry between Messi and Cristiano Ronaldo (CR7) was something that people noticed throughout the years. It went from Cristiano winning the Ballon D'or to Messi winning it 4 times consecutively and then after that they both ended up with 10 in total each receiving 5 each from 2008-2019. It has been an impressive rivalry each winning trophies countless times. Without a doubt, it has been a very interesting time for Messi at Barcelona, only time will tell if the captain will remain at the club his entire career.