More than a million people die in car crashes every year. Despite the alarmingly high fatality rate in car crash cases, for most buyers, surprisingly evaluating safety features still takes a backseat when buying a car. In a survey conducted among car buyers planning to buy a vehicle within the next five years, only 12 percent of the respondents ranked safety features as the most important factor. Whether you are looking for a new car or are interested in planning to participate in a salvage car auction to buy a salvage car in Phoenix or any part of the U.S., you need to avoid this pitfall. To help you stay safe on the road, the post lists some of the safest cars launched in 2017 that are worth your consideration when buying a wrecked car for sale in Phoenix. Take a look. 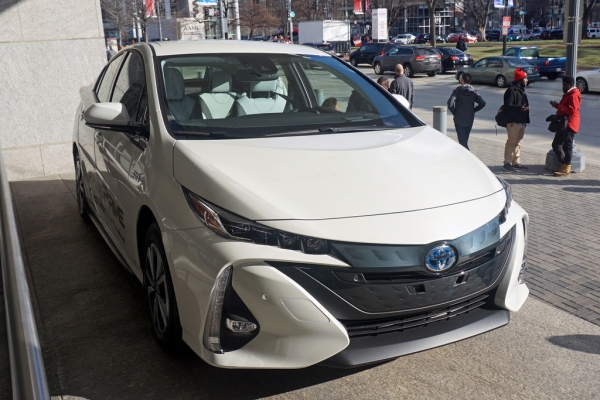 When it comes to fuel efficiency, the 2017 Chevrolet Volt is an undisputed leader in its segment. Fuel efficiency, however, is not the only reason car enthusiasts and experts alike bet big on this hybrid. The car is considered incredibly safe and has a perfect Top Safety Pick + rating by IIHS. The car also has a five-star rating in every category from the NHTSA. To help assess your teen kid’s performance behind the wheels Chevrolet’s signature Teen Driver system generates a report card .

Not only does the S60 has perfect scores in safety ratings but also receives a TSP+ rating (when equipped with HID projector headlights) and five-star ratings by IIHS and NHTSA respectively. The car comes with Volvo’s signature City Safety emergency braking system. Higher end models can be fitted with emergency braking system with pedestrian detection.

When it comes to manufacturing safe cars, Toyota’s contribution to the industry is undisputable. Most cars manufactured by the Japanese major include advanced safety features such as adaptive cruise control and emergency braking system. The Prius Prime has proved that it is no exception to the rule by earning a perfect IIHS test crash rating. The car is equipped with automatic headlights that sense approaching vehicle’s headlights and taillights and automatically adjusts the car’s beam to low or high without any manual intervention.

Combining the best of both worlds, the G90 apart from scoring high in the luxury department is also one of the safest in its class. The car has a Top Safety Pick + rating and safety score, thanks to a range of safety features such as an emergency braking system designed to sense pedestrians, lane change assist, full speed adaptive cruise control and automatic high beams. To help avoid collisions when parking in narrow spaces, the car features a 360 degree camera and parking sensors.

These are some of the safest cars launched in 2017. Some other cars that are making headlines this year due to their safety features are: Subaru Legacy, Nissan Maxima, Lexus RC and Chrysler Pacifica. If safety is your major concern, look for these cars when participating in salvage car auctions.

The Zettelkasten Method for Distributed Teams
03-02 22:26 By jamesnells
Have you come here looking for knowledge? Th..
In which Situations You Need 24 Hour Emergency D..
03-02 22:23 By brianahallis..
People are not aware of their dental health. The..
Why should you prefer to use stainless steel tub..
03-02 22:08 By mckennagabri..
Carbon Steel basicpress fit pipe work is commonl..
Proper And Valuable Knowledge About Clear Shield..
03-02 21:49 By Druimler
Inside this pandemic position, the each and ever..
Nutrition Fundamentals Explained
03-02 21:14 By tediye7916
If you love fitness and helping people reach the..