Benefiting from hands-on involvement in its neighbor's best practices running a winter Olympiad, Beijing has taken over the stage as it prepares to present its own version of the Winter Olympics.

The 2018 Pyeongchang Winter Olympics drew to a full stop following 18 days of action with a festive closing ceremony on Sunday. But the expertise in planning and operations sent to Beijing－which will stage the gala event in 2022 with co-host city Zhangjiakou, Hebei province－from the Republic of Korea is just beginning.

As Chinese athletes bring home medals, 188 organizers from Beijing are bringing and sending home piles of notes, documents, video footage and extensive knowhow about Pyeongchang's operation gained through the Olympic Games Knowledge Management system to facilitate their own delivery of the 2022 Games. 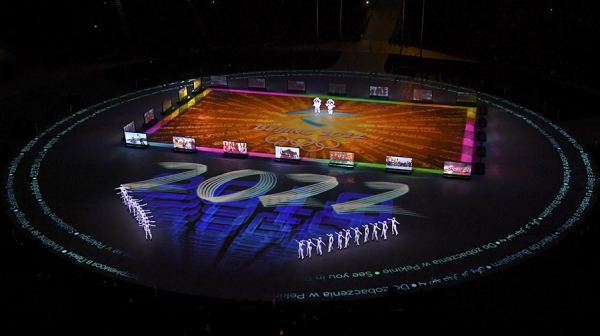 The observer program of the knowledge-sharing system enabled 147 staff members from Beijing to tour different venues and closely observe the practices of their South Korean counterparts.

In a staff-sharing practice known as secondment, another program involved the rest of the Beijing organizers working side-by-side with the local hosts in various positions, such as venue management, communication, technology support and event services, for as long as four months and throughout the Pyeongchang Games.

The up-close involvement has enlightened the Beijing staff to the special facets of hosting the Winter Games compared with the summer event held in the capital in 2008, said Chang Yu, director of the media and communication department of the Beijing 2022 Organizing Committee.

"It's really an invaluable learning experience for Beijing, especially on the understanding of differences between hosting Summer and Winter Olympics," Chang said in Pyeongchang on Saturday.

The biggest lessons Beijing 2022 learned from Pyeongchang include the extensive pre-event planning, venue layout, ways to streamline operations and the use of abundant temporary facilities, Chang said.

The International Olympic Committee created the knowledge management system, including the observer and secondment programs, in the buildup to the 2000 Sydney Summer Olympics. It was designed to provide organizers of the next Games with knowledge, technology and documentation passed on from the previous host.

"The program allows them to plan for their own Games based on a very strong delivery here. This is to help guide them through a variety of subjects and bring clarity to an awful lot of complexity," said Christopher Payne, head of the committee's knowledge management system.

A rookie at both competing in and organizing snow-based sports, Beijing placed the majority of its staffs at different snow venues in Pyeongchang to learn the sophisticated work on snow in an immersive way.

Zheng Zhenguo, an official with the sports department of the Beijing 2022 Organizing Committee, and colleague Xu Jicheng, deputy director of media and communication of Beijing 2022, arrived at the Jeongseon Center two months before Pyeongchang's opening ceremony to apprentice in the remote mountain region for downhill skiing venue management as part of the secondment program.

Leaving their footprints all around the four-course resort, to as high as 1.3 kilometers above sea level, Zheng and Xu, who resided at a nearby villager's cabin, were overwhelmed by the complexity of artificial snow-making, in-competition maintenance and technical services. 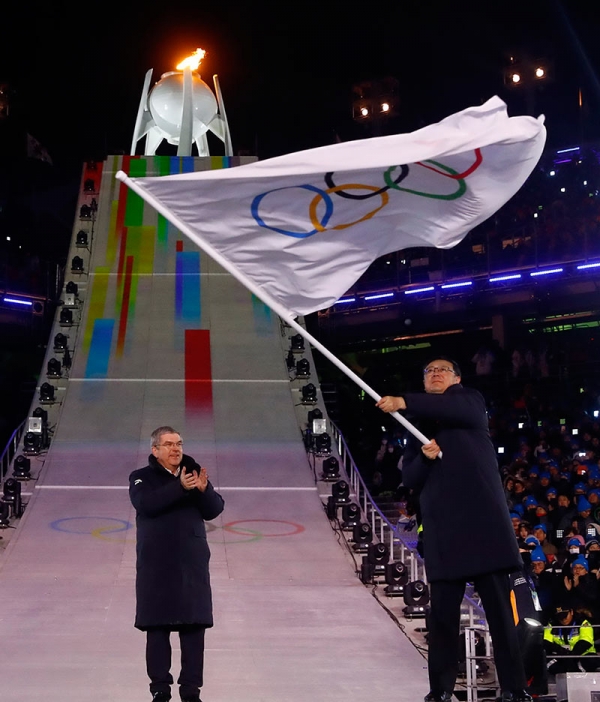 "Despite natural snowfall, the Alpine courses require the use of densely packed artificial snow, which could guarantee the speed and consistency of the slope surface equally for every skier. We had no clue about this before," said Xu, who also worked with the Beijing 2008 Summer Games Organizing Committee.

Zheng said he has filmed almost every step of the snow-making and course-grooming process in Pyeongchang, which will guide him to manage the Beijing 2022 venue for the same events located in northwest Beijing's Yanqing district.

"With the knowledge I gained here and the technical support from the International Ski Federation and IOC, I am confident that we can handle the job in four years," said Zheng.

Qi Shiming, a catering and medical care official of the Beijing 2022 service department, said Beijing has to step up its medical and rescue efforts with more purposefully trained staffers at mountain venues by 2022.

"We still have a lot to do to train our medical staff and first-aid personnel, who will be working on the mountain slopes, with advanced skiing skills as well as Alpine rescue knowledge," Qi said after visiting emergency medical stations at seven venues in Pyeongchang.

Only six medical workers among all the staff members from 45 hospitals and medical stations in Beijing and Hebei stood out as advanced skiers in a test run by Beijing 2022 last month, indicating a need for training, Qi said.

Since the IOC tries to reduce the burden for host cities, Beijing also will benefit from an extensive data analysis report, which was conducted based on 300 data sets collected across 14 competition and four noncompetition venues in Pyeongchang as references for its own operations in security, transportation and workforce management.

Meanwhile, a variety of technical workshops, including a debriefing in Beijing in June, will be held during the next 12 months to provide specific training for the next host.

A total of 113 Chinese volunteers served in a wide range of posts in Pyeongchang, and they will become the core of the Beijing 2022 volunteer team.

"You have a tremendously rich experience from 2008, but Winter Games are a different nature of business, especially for the snow events," said Christophe Dubi, the IOC executive director for the Olympic Games.

"You have quite a number of experts here... The expectation (on a successful 2022 Beijing Olympics) is set very high from our standpoint," he said.