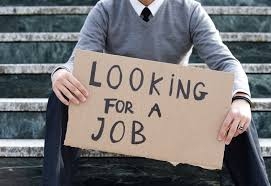 The U.S. added 157,000 jobs in July, and the unemployment rate fell below the 4 percent mark for just the third time in nearly 18 years.

A healthy bump in wages in July was also good news for the housing and mortgage markets that have seen homes sales drop off a bit this summer due to fast rising home prices and a lack of entry-level listings.

Economists were generally pleased with the latest jobs report, although the headline job creation number was lower than expected. The May and June numbers were revised up by a total of 59,000 jobs, and job creation has averaged 224,000 additions each month over the past three months.

“The economy is rolling along and jobs are being created,” said Lawrence Yun, chief economist for the National Association of Realtors. “Though the latest monthly net new job gains of 157,000 is a bit light compared to recent past months, the one-year total is still very solid at 2.4 million.”

Yun also noted that wages in the construction industry have risen at a faster pace of 3.5 percent annually, which appears to be attracting more workers to the sector.

“This financial incentive is no doubt helping to draw more workers into construction as evidenced by 4.4 percent job growth rate in construction compared to 1.6 percent growth rate in all jobs,” Yun said. “With housing supply to steadily rise, the broad housing market will be in a healthier balanced state in the future.”

The ongoing struggles of the traditional retail sector, including the recent Toys ‘R’ Us liquidation, showed up in the July employment numbers, however. There was a decline of 32,000 jobs in sporting goods, hobby, book, and music stores, reflecting job losses in those stores.

Fannie Mae Chief Economist Doug Duncan said the report should keep the Federal Reserve on course to raise rates this fall. He noted, among other signs of a strong labor market, that the unemployment rate for people with less than a high school degree has fallen to a record low since tracking began in 1992.

“July’s job gain was weighed down by a massive drop in employment in sporting goods and hobby stores, which is likely a one-off event related to the bankruptcy of a toy company, and thus we don’t see any warning signals flashing for the labor market,” Duncan said. He disagreed, though, that the uptick in construction employment was sufficient.

“Residential construction employment climbed higher at a pace unlikely to keep up with building demand, which suggests no meaningful relief from the housing supply crunch in the second half of the year,” Duncan said.