Add to this all the men we’ve never heard of who engage in sexual harassment and assault every day around our country.

Why are so many men doing so many bad things to girls and women – and sometimes to boys and men?

There are many reasons, and they vary from individual to individual. But many times, sexual misconduct by men grows out of their view formed early in life that women are sex objects whose primary function is to give men pleasure.

As we try to mend the broken lives of victims of sexual assaults, we have a responsibility as a society to do something to stop the boys of today from growing up to engage in sexual misconduct tomorrow. 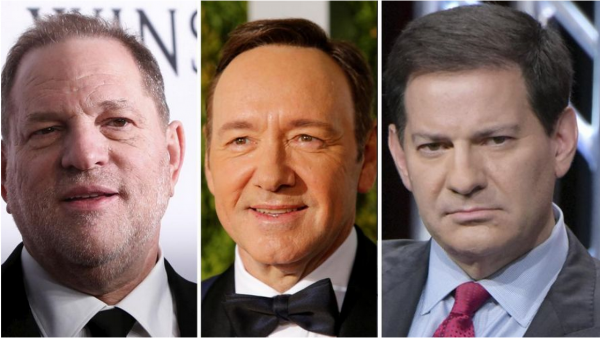 The warped male view of that dehumanizes women often starts early in life. One contributing factor: Every day, tens of millions of boys and young men see women objectified and sometimes brutalized on sexually graphic internet videos on pornography sites.

Viewing pornography on a regular basis warps the mind and is like being addicted to a drug, with ever stronger doses needed to spark the desired effect. And eventually, some boys and men want to move from the virtual world to the real world, acting against real girls and women instead of simply viewing fantasy sex videos.

Last year, my wife and I made a documentary about pornography. We showed it to parents in 270 cities across the continent, and the response was the same everywhere: “My son is dealing with this.”

The first step our society needs to take is to prevent underage exposure to pornography. Currently, about 90 percent of boys are exposed to pornography before the age of 18. We are allowing their minds to be poisoned.

At home, parents can install anti-porn filters like KidsWifi, which says on its website that it “filters, monitors and controls all your kids online devices, from tablets to computers to game consoles.”

But is it enough? What happens when the kids go to school? What happens if they own a cell phone and can find a Wi-Fi connection at the library or burger joint?

Britain is the only country moving toward meaningful age verification. In Canada, Prime Minister Justin Trudeau’s Liberal Party recently  went in the opposite direction.

This is a challenge, because as a result of the internet we’re raising a generation of boys who are addicted to profoundly hardcore pornography, with the ability to view their fantasies at the touch of an app.

More than a third of boys have seen sexual bondage online, and over half of those boys believe it's a realistic depiction of sex. So we really shouldn’t be surprised that these boys take these acts offline when they start dating or attend a drunken frat party.

We need to teach our boys that women are deserving of their respect, as equals. And we need to teach them that civilized society imposes boundaries on all of us.

It still takes a (global) village to raise a child. Teachers will need their sex education curriculums to include a unit on pornography and addiction. Parents will have to start having “the talk” far earlier than seems intuitive, using brilliant resources like the book and the me“Good Pictures Bad Pictures: Porn-Proofing Today’s Young Kids.”

dia must simply stop objectifying w omen. It is hypocritical to speak in favor of women’s rights while earning millions of dollars demeaning and degrading women and measuring their worth only in their sex appeal.

Until we deal with sexual expectation, addiction, and how boys and men view girls and women, how can we assume sexual misconduct will be substantially reduced in the future?

Our task is to go upstream and prevent these sorts of behaviors from becoming destructive habits in the first place, or the sexual misconduct making headlines today will continue with future generations for decades to come.