8 dead after truck plows into people in New York City in 'cowardly act of terror': Mayor 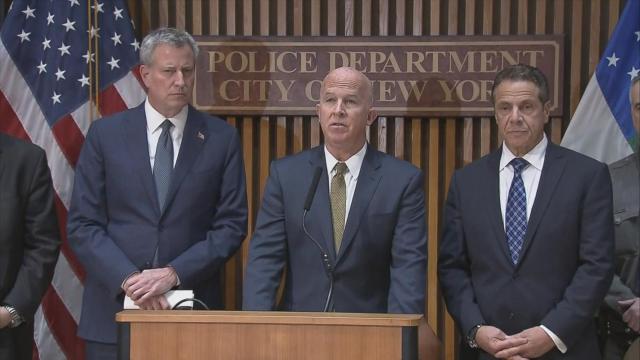 The sprawling crime scene runs about 10 blocks along the West Side Highway, a few blocks away from One World Trade Center.

Witness Andrew Howell said he was walking along the path when he saw a truck plow into two cyclists riding about 20 feet in front of him; he said the impact sent one of the victims straight up into the air, and the man was motionless when he landed back on the ground. The driver then continued at a high speed before crashing, Howell said.

A uniformed police officer was credited with stopping the carnage. 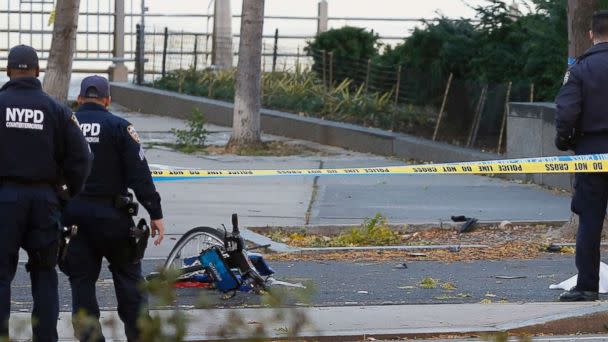 A suspect is in custody and was identified as 29-year-old Sayfullo Saipov of Tampa, Florida, multiple law enforcement officials told ABC News. 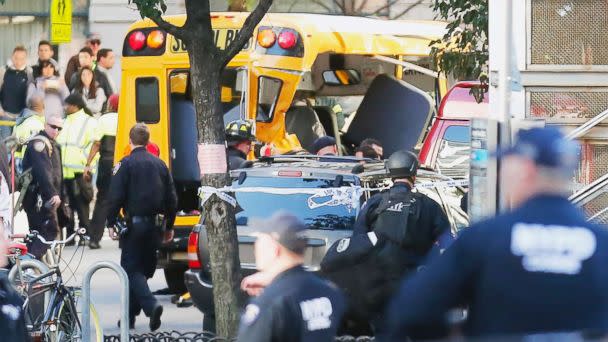 The suspect is reported to have screamed "Allahu Akbar" after the crash, and that is a key reason authorities are looking at terrorism as a possible motive, sources said.

Saipov left a note saying he carried out the attack on behalf of ISIS, law enforcement officials tell ABC News.

The NYPD and FBI are "seeking the public’s assistance in the investigation into the terrorist act that occurred in lower Manhattan earlier today. The public is urged to share any images or videos that could assist in the investigation," according to a statement from the NYPD.

New York Gov. Andrew Cuomo said there was no evidence of a wider, ongoing threat but he said more police would be monitoring the streets on Halloween night. The city's annual Halloween parade in the West Village will still take place tonight, officials said.

Trump responds to NYC attack: Suspect is 'a very sick and deranged person' 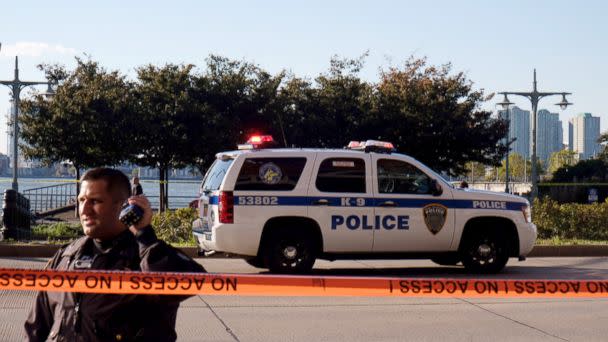 The deadly incident began at about 3:05 p.m., when the vehicle -- a Home Depot rental truck, according to the company -- entered the West Street pedestrian and bike path north of Chambers Street, hitting multiple people on the path, New York City police said. 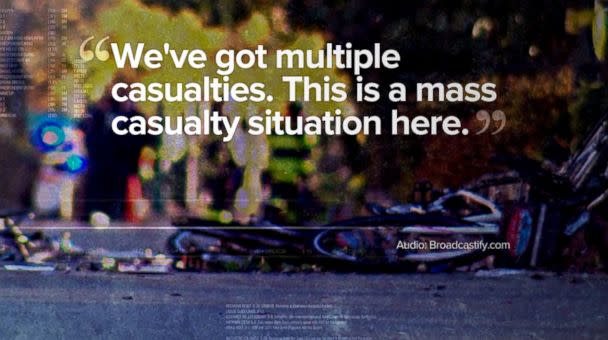 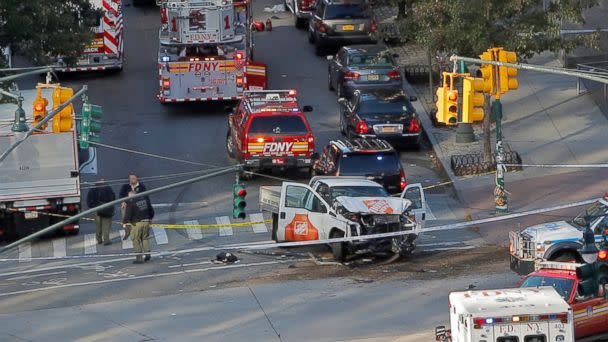 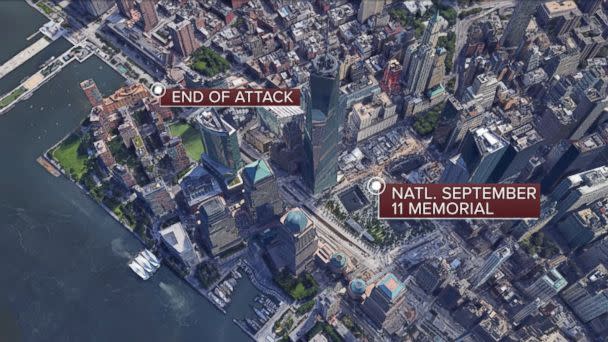 The crash occurred in an area near multiple city schools, and many were placed on a temporary lockdown after the crash.

The truck collided with a school bus on Chambers Street near Stuyvesant High School, injuring two school staff members and two children, police said. One of the students was in critical condition Tuesday night, according to New York City Schools Chancellor Carmen Farina.

"Today there was an act of terror in close proximity to several schools in lower Manhattan," Farina said. "We stand with the entire city as we mourn this senseless loss of life. We are grateful to the first responders and school staff who work tirelessly to help keep our schools and communities safe."

After the collision, the truck driver exited the vehicle brandishing what appeared to be two handguns, police said. A uniformed police officer confronted the suspect and shot him in the abdomen, police said. 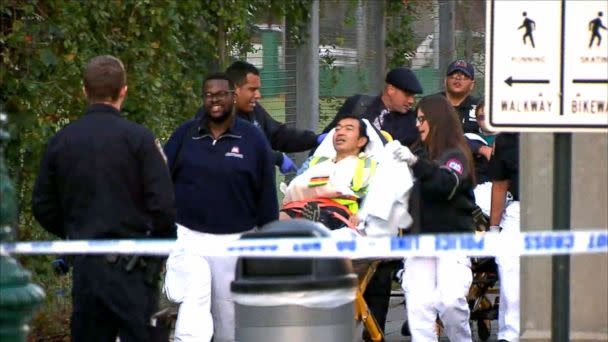 The suspect was wounded and transported to a hospital, police said.

A paintball gun and a pellet gun were recovered at the scene, police said.

Six of the deceased victims were pronounced dead at the scene; two more died at a nearby hospital. Police said 11 were wounded with serious but non-life-threatening injuries.

Argentinians were among the fatalities, the country's foreign ministry tweeted. The Deputy Prime Minister of Belgium, Didier Reynders, tweeted that a Belgian citizen was one of the fatalities, and that three Belgians were wounded.

WABC chopper footage showed a scene of police activity at a Home Depot in Passaic, New Jersey, where Saipov is believed to have rented the truck used in the attack. 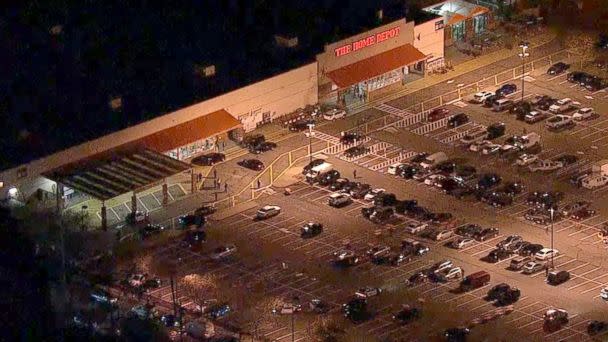 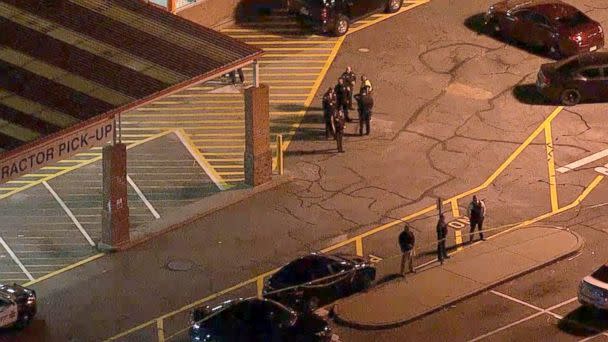 A witness told ABC's New York station WABC that after the truck hit multiple people on the bike path, it crashed into a school bus at Chambers and West streets, near Stuyvesant High School.

"Everybody started running," the witness said. "... Everything was happening so fast."

The witness added of the driver, "He kept going all the way down full speed."

"Thank God the trick-or-treaters weren't out yet," the witness later said.

Video from the scene showed mangled bicycles strewn across the bike path. 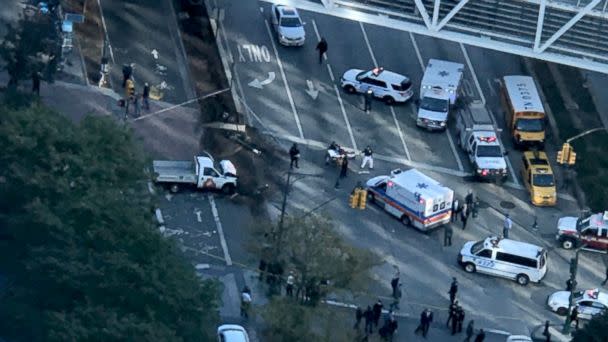 Israel Ase, who witnessed the aftermath, told ABC News, “I saw broken bikes and people laying on the ground and others waving down the traffic. I thought it was an accident.” 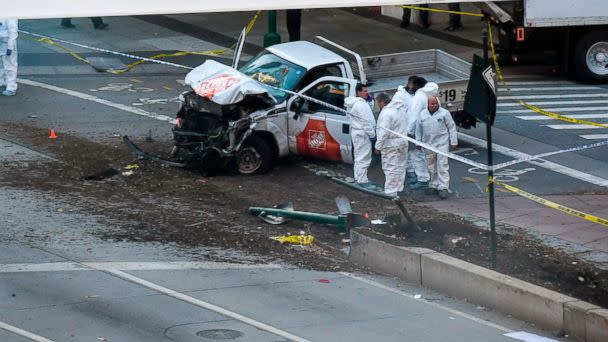 The FBI responded to the incident.

President Trump has been briefed, according to a White House spokesperson.