Facebook pulled violent virtual reality games, including one in which players pretend to shoot people in a train station, from its booth at the annual Conservative Political Action Conference after public criticism. 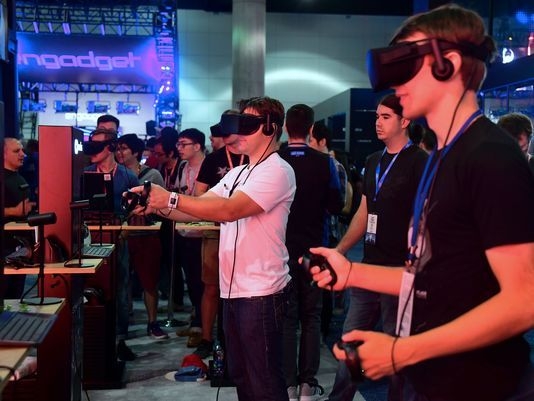 Criticism of the shooter game demo coming so soon after the shootings at a high school in Parkland, Fla., that left 17 people dead mushroomed on social media after a video of CPAC attendees playing the game using Facebook's Oculus virtual reality headset was posted on Twitter by NowThisNews reporter Sean Morrow.

"There is a standard set of experiences included in the Oculus demos we feature at public events. A few of the action games can include violence," Barra said in an emailed statement to USA TODAY. "In light of the recent events in Florida and out of respect for the victims and their families, we have removed them from this demo. We regret that we failed to do so in the first place."

CPAC — the annual conference for conservatives in Maryland where Wayne LaPierre, head of the nation's largest gun rights group, the NRA, spoke Thursday and President Trump spoke Friday — came one week after a shooter with an AR-15 rifle shot up Marjory Stoneman Douglas High School, sparking a wave of student activism. Facebook and Google have a presence at CPAC.

This is not the first time Facebook has been accused of being tone deaf in demonstrating the capabilities of its virtual reality. Facebook CEO Mark Zuckerberg apologized last year after live streaming a virtual reality tour of hurricane-ravaged Puerto Rico to promote Facebook's Spaces app.

At last year's annual Oculus Connect developers’ conference, Zuckerberg set an ambitious goal of getting 1 billion people to use virtual reality and said he wants to ensure the technology is "a force for good."