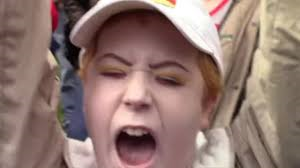 A governmental system led by a dictator having complete power, forcibly suppressing opposition and criticism, regimenting all industry, commerce, etc., and emphasizing an aggressive nationalism and often racism.

Once again, protestors get it wrong. Pulling a partial description of fascism and thereby basing an entire platform of protestation on shaky legs.

In this case, anti-Trump protestors screaming their impotent ability to enact change through their protests. Which seems silly to point out your own uselessness in shaping public policy. With helpless cries and primal screams, liberals protested the one-year anniversary of President Trump’s election by huddling together in public spaces and howling to the wind.

For what? What purpose does it serve? What possible change could they hope to enact? What a monumental waste of time!

A year after Trump's historic win over Democratic presidential nominee Hillary Clinton, hundreds of anti-Trump protesters gathered in locales such as New York City's Washington Square Park for an event urging attendees to "scream helplessly at the sky."

Many attendees, at the end of a countdown, let out varied shouts, shrieks, screeches and yowls while standing in place, putting their heads back and crying out towards the sky.

The leftwing Refuse Fascism group, which is associated with the Revolutionary Communist Party, showed up with signs, drums and a host of chants. Hopefully you read this last sentence understanding their position—communism. Seriously? In today’s world, who would ascribe to the failed ideal of communism?

If they plan to succeed, their “plan” needs to show more intelligence than just standing and screaming. But, once again, they believe in communism, so how intelligent could they be! 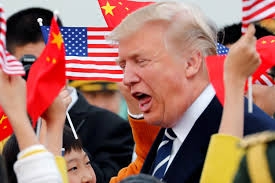