291
The Crisis at Boeing

The crisis at Boeing is now so profound that the buck is ultimately going to stop in Washington, DC, rather than at the firm's manufacturing base in the West Coast state.

The fallout from two crashes of the new 737 Max aircraft in Indonesia and Ethiopia is now not just a grave problem for Boeing. It is raising the question of whether years of loosened oversight by the Federal Aviation Administration was a factor in the tragedies.
Each revelation about the disasters, which together killed more than 300 people, deepens Boeing's plight while piling ever greater responsibility on political leaders to respond to a drama that's testing global confidence in American aviation.
It's becoming clear that a flurry of investigations will test the capacity of a dysfunctional Congress to ignore conflicts of interest and offer effective oversight of a powerful and iconic American company. 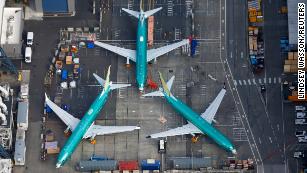 Boeing boasted about streamlined approval for the 737 Max. Now it's cleaning up the mess
Getting the 737 Max back in the air and restoring public confidence in the aircraft is crucial to the future of Boeing, a critical driver of the US economy that is locked in an existential duel with Europe's Airbus.
Lawmakers will have to balance those stakes with the heavy responsibilities that come with overseeing an industry in which errors can lead to mass casualties and fulfilling their fundamental duty: keeping Americans safe.
They are already considering whether a trend in handing more and more certification responsibilities for new aircraft to manufacturers is cutting corners and endangering passengers. Their inquiries could lead to a tussle over a philosophical question on the fault lines of partisan politics: regulation.
The impact of the tragedies on Boeing pulsated through an emotional statement by CEO Dennis Muilenburg on Thursday in which he mourned the victims and a "heart-wrenching time" for the firm.
In a significant step, Muilenburg admitted that the anti-stall system on the aircraft,, known as MCAS, was at fault in both crashes.
"It's our responsibility to eliminate this risk. We own it and we know how to do it," he said in the video statement.
Muilenburg's hand appeared to have been forced Thursday after a preliminary report into the crash of Ethiopian Airlines flight 302 last month revealed that the pilots battled the system for almost the entire duration of the six-minute flight and did everything right in trying to save the plane.
The crisis for Boeing significantly deepened when the report, first obtained by CNN, revealed that the events that led to the loss of the aircraft mirrored those that had downed a Lion Air flight in Indonesia on the same 737 Max 8 model in October. 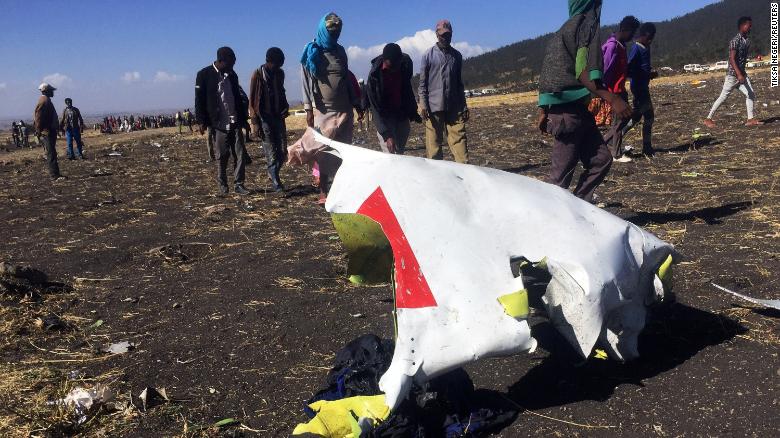 Boeing CEO 'sorry' for lives lost in 737 MAX accidents
Several immediate questions loom for lawmakers, answers to which could emerge from the congressional, governmental and criminal investigations that sprang up in the wake of the Ethiopian Airlines crash last month.
They include: Why did regulators allow the 737 Max to keep flying after the Lion Air crash, blamed on the model's new automated flight control program, even as Boeing worked on a software fix?
Congressional investigators will also review whether deference to Boeing in any way influenced the US decision to be the last major jurisdiction to ground the planes last month after they were pulled down from European and Chinese skies.
But as more information about the causes of the two crashes emerges, it is becoming clear that Washington is going to have to wrestle with fundamental, systemic issues that the two tragedies have revealed.
The most glaring is whether the FAA has become too lax in allowing Boeing to regulate itself, especially in certifying new designs -- a concern raised over successive presidential administrations.
Americans who board thousands of flights every day without much thought probably don't know it, but over decades, more and more responsibility for certifying new planes has passed to manufacturers.
Aviation giants such as Boeing have a huge vested business interest apart from a responsibility to passengers to keep their products safe.
The aviation industry in America has enjoyed a stellar safety record in recent years, before the two crashes in five months abroad that left Boeing reeling.
But the concern now is that the regulatory balance has swung too far and led to the cutting of corners and insufficient oversight of the inspections.
"What you have is a relationship that is a partnership now. Not the cop, not the person being regulated," said aviation lawyer Justin Green on CNN "Newsroom" on Thursday. "And too much deference given by the FAA to Boeing. And that's going to be a crucial issue that's going to be in the litigation and the investigation that Congress are doing."
"Hopefully, it will be a new day where the FAA fulfills its responsibilities to be an independent check on safety," said Green, who is representing some of the families in the Ethiopian Airlines crash.
Democratic Sen. Richard Blumenthal of Connecticut warned Thursday that the certification process for new Boeing aircraft was broken.
"The fault really is not only on Boeing but also on the FAA, which outsourced safety -- did it on the cheap, neither cheap nor safe -- and in effect put the manufacturer in charge of certifying the airworthiness of this software," Blumenthal said on CNN's "The Situation Room."
Blumenthal has written a bill that would return responsibility for establishing the airworthiness of an aircraft to the FAA.

Will ideology get in the way of investigations? 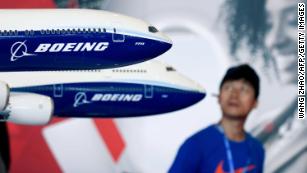 Boeing acknowledges flight control system's role in crashes, promises 'disciplined approach' to fix
A related issue is whether that process has become entrenched because of a desire to tighten government budgets and also to speed Boeing's capacity to roll out new planes as it fights for every order with Airbus.
Boeing's tribulation comes at a moment when the political system is fractured and finding it hard to do even simple things.
Skeptics may ask whether lawmakers, many of whom have enjoyed financial support from Boeing in their campaigns, have the stomach to take on an iconic American corporation that is a crucial lever of US soft power and is a major employer in its own right and along its supply chain.
On a deeper level, the Boeing crisis also poses an ideological question that may break across partisan lines.
Is an administration that has made dismantling regulations in industry an article of faith ready to concede that aviation is a special case and the process may need to be reversed -- if that is where the evidence leads?
That debate has taken on added urgency as comments by Muilenburg on a conference call in 2017, in which he boasted about how quickly the firm brought the 737 Max from development to delivery, are getting new attention.
Muilenburg said the pro-businesses philosophy of the Trump administration had "streamlined" the FAA's certification process, remarks that are likely to be at the center of congressional probes and legal action arising from the crashes.
Investigations into the run-up to and the circumstances of the two 737 Max disasters are taking place in the Senate, the Transportation Department, the National Transportation Safety Board and the FBI.
Should recommendations for regulatory change eventually emerge, political leaders in the White House and Congress will be faced with the question of whether they are willing to foot the bill for it.
FAA acting Administrator Daniel Elwell said in a congressional hearing last month that the agency would need 10,000 more staff and another $1.8 billion per year to complete certifications currently delegated to manufacturers.
Generally, dealing with political fallout from a crisis as serious as the one afflicting Boeing and the regulatory system requires presidential leadership.
President Donald Trump is not known for delving into the details of complex policy issues. But he is an aviation buff, who once owned an airline, and has strong views on the way the industry has developed.
After the Ethiopian Airlines crash, the President tweeted that planes are becoming too "complex to fly."
"I want great flying professionals that are allowed to easily and quickly take control of a plane!"
The comment sparked mockery at the time, as it appeared to bolster an impression that the President is often averse to technology.
But in hindsight, and in the knowledge that the pilots battled to overcome the aircraft computers in the crashes, Trump's tweet seems closer to the mark.
The President also famously appeared to take credit for a largely unblemished aviation safety record in 2017 in a tweet early the following year.
"Since taking office I have been very strict on Commercial Aviation. Good news - it was just reported that there were Zero deaths in 2017, the best and safest year on record!" he tweeted.
The question now is whether the President will throw himself into a concentrated effort to lift the cloud around Boeing and will use his political weight to ensure that crashes like those in Indonesia and Ethiopia do not happen again.