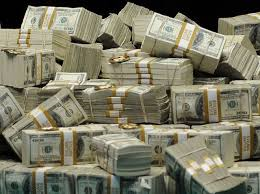 Having at least $1 million in retirement savings is a common — if increasingly lofty — goal for American seniors, but a new breakdown shows even that amount can disappear quickly.

Retirees in a handful of southern states can stretch their $1 million nest egg the farthest, according to a new analysis from GoBankingRates, a personal finance website. Those seven figures will last 26 years in Mississippi, the longest out of any of the 50 states, followed by Oklahoma at 24.8. Alabama, Arkansas, and lone northern holdout Michigan all came in at 24.6 years.

On the other end of the spectrum, Hawaii — where consumers have to deal with higher prices for everyday goods due to the state’s relative isolation — will eat through $1 million within just 11.7 years, the website found. California came next at 15.5, with New York, Alaska, and Maryland rounding out the top five most expensive states for retirement.

Those numbers contrast with GoBankingRates’ suggestion that older Americans should plan for at least 16 retirement years, based on the average retirement age of 63 and life expectancy of 79.

The website took into account a variety of retirement costs, including health care expenditures, grocery bills, and housing expenses.

“Conventional wisdom suggests a retirement income nest egg of at least $1 million, but the buying power of $1 million varies wildly depending on where you live,” writer Joel Anderson noted. “So if you’re asking ‘how long will my money last in retirement,’ the answer is: ‘It depends on your state.'