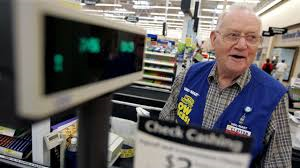 As life expectancy gets longer and longer, the age of retirement is getting pushed back, too, with the highest number on record of Americans aged 85 and up working, an analysis in the Washington Post presented.

According to the analysis, United State Department of Labor figures show U.S. residents are working or looking for work at the highest rates on record for every year of age above 55.

The highest percentage of older workers is in the farming and ranching profession, with most of the other workers scattered in just 26 of the 455 occupations that the Census Bureau tracks. Interestingly, less than a third of the total workforce is in those 26 occupations.

“Workers age 85 and older are more common in less physical industries, such as management and sales, than they are in demanding ones such as manufacturing and construction,” Van Dam writes.

The odds are better that you are over 85 if you are a crossing guard, a musician, work in a funeral home, or are one of the “product demonstrators like those you might find at a warehouse club store,” the article states.

While the article did not cite any specific reasons why an older person would work into their 80s, a photo and caption with the article shows an 87-year-old man who said he is thinking of becoming a truck driver to help pay for his wife’s medical bills. This is one common way that a reverse mortgage can help retirees who qualify, loan originators have said.