For over five decades, 62-year-old Feng Huaishen has been playing with flour. By the end of the 1970s, he was making around 3,000 shaobing (sesame-seed cakes) each day.

In those early years of preparing the snack for Beijing's peckish masses, it's a fair bet that a great number of the city's residents would have tasted one of his doughy morsels at one time or another.

These days, however, while it is easier to find someone selling shaobing, it is very difficult to find the same quality as Feng's fine fare.

Each one looks exactly the samea diameter of 7 centimeters, weighing 80 grams and filled with more than 18 layers－a rarity among the now-ubiquitous shaobing vendors scattered around the city.

"It's not because my shaobing is not tasty any more but because it takes a lot of work to learn and practice. Few people want to make that effort," says Feng.

Feng applied for the traditional Beijing shaobing skill to be listed as part of the intangible cultural heritage of Beijing's Fangshan district. It was approved last year.

"You can find shaobing in different sizes and with only few layers, but I want to set a standard to show people what real shaobing is," Feng says. 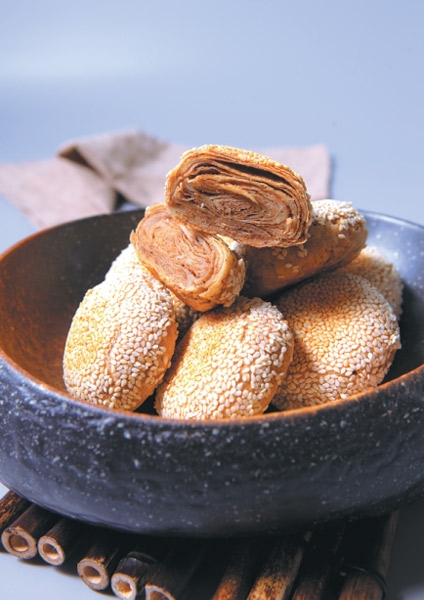 Besides being a regular guest on television, presenting the skill of making shaobing, Feng recently wrote a book entitled Xiaochidayi (Little Snacks, Great Skill), in which he collates stories about traditional Beijing snacks.

Feng was assigned to Longfusi snack shop as an apprentice in 1975. He worked under Wang Fuyu, a shaobing master, who led him on his path to shaobing fame.

At first, Feng did not like his job. Most of his classmates were given jobs in factories, and he thought working in catering would not earn him much respect.

However, despite having to perform menial tasks like igniting the oven (which always left his face plastered in coal ash), his master showed him how excellent a pastry chef can be－even if he is just making a common shaobing.

To achieve such excellence, he would start with the dough. It requires 1 kilogram of flour mixed with 600 grams of water－the balance is always set at 1.6 kilograms－per batch. Wang would throw it on the scale and every time it would always be exactly 1.6 kilograms. He never once moved the balance.

Feng devoted himself to learning from Wang, and after a couple of months, he perfected the skill of cutting the dough to the exact weight.

The next step, however, is the most challenging, and a bit of a trade secret: "Throwing the fan". The idea is to roll and flatten the dough into a fan shape, before throwing it onto the counter, making it longer and thinner.

"The key is to hold the fanshaped dough, whirl it in the air and throw it hard onto the board. You're trying to make it more than a meter long and very thin," explains Feng. "That single movement can take people years to master."

One of Feng's apprentices took seven years to learn that single step, while many others were still practicing.

"It's the secret to making a shaobing with 18 layers. Without this step, the dough would not be thin enough and you can only achieve a few layers when you roll it," Feng notes.

"We used to have a special tool to roll the dough into a fan shape. I only have one in my home as a collector's item, but most people couldn't figure out what it is." 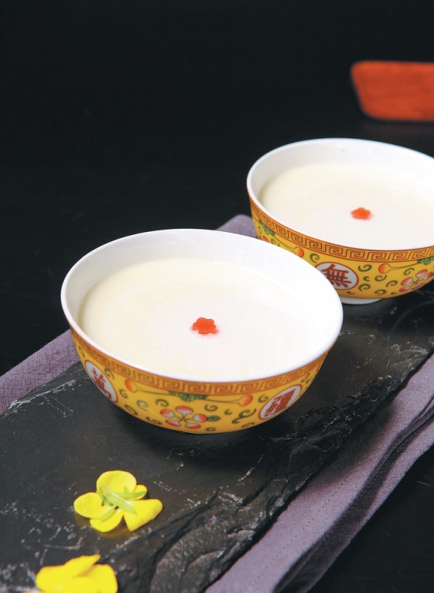 Shaobing opened Feng's eyes, and he began an exploration of pastry, learning how to make other traditional Beijing snacks, some of which have seemingly otherwise disappeared.

In 1990, when Beijing held the Asian Games, Feng was assigned to ship snacks to the athletes' village, during which time he became intrigued by an exquisite-looking snack, a sweet treat that was formed of four delicately fried pastry bubbles.

As soon as he returned to the kitchen, he asked his master to show him how to make the snack, which is called tangpao. Nowadays, you can no longer find it for sale, as it requires a superb level of skill to make.

Most of these doughy delicacies hark back to the Forbidden City, when they were originally prepared for the imperial family. Feng decided to learn how to make them from Cui Baolong, a third-generation successor to the art of Fangshan cooking, which imitates imperial cuisine from the Qing Dynasty (1644-1911).

"Now when I eat snacks in restaurants, I will ask their chefs how they make it," says Feng. "We have lost the precious skills required to make some of them by hand, and they have been replaced by machines.

"Take the yellow-pea cake as an example. Some chefs only take 20 minutes to finish preparing it, but in the traditional way, just washing the peas thoroughly takes 20 minutes."

A traditional bean roll, which would take Feng six hours to make, has to be eaten within half a day.

"The flavor and taste of handmade bean rolls can never be replaced by machines," Feng says. 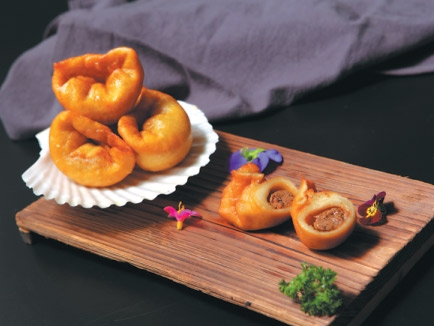 In the 1990s, Feng traveled almost all of China to learn new baking skills. In 2002, he even took a job as the chef of a Chinese restaurant in Africa, where he created his own version of Peking duck－impressing the local diners.

Now, Feng is the pastry consultant at Yiwanju restaurant in Beijing.

He makes his own version of nailao－a form of Chinese cheese, where rice liquor and sugar are added to fresh milk and distributed in bowls. The bowls are then heated before being left to cool and set. The sweet creamy snack attracts many foodies to the restaurant.

He started to formally take on apprentices in 2016, as he wants to pass on his skills, but he is careful to select those who really care about reviving the art of making traditional Beijing snacks.

Wang Chunqiang has studied under Feng for seven years and is used to Feng's high standards.

"Feng's shaobing will not shed a single sesame seed, which is incredible," says Wang.

Feng explains that he once heard a comic dialogue that stated shaobing always lose sesame seeds, and that sparked his imagination to find a way to ensure all the seeds stayed on the snack.

"The secret is to wipe a layer of water mixed with flour before dipping it in the sesame seeds," says Feng.

Feng plans to open his own snack studio in Beijing, at which he can bring all the traditional local snacks he knows how to make to the munching masses of the city once more－including the ones that people in their 20s and 30s may never have tried. It's not quite ready yet－like his baking, Feng wants to take his time and get it right. But we have waited this long. So, a few more months will just whet our appetites even more. 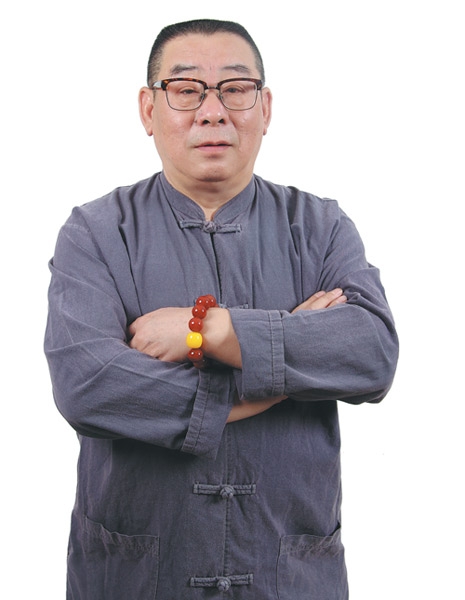