Riot Blockchain, the cryptocurrency company whose stock skyrocketed after changing its name revealed that the Securities and Exchange Commission subpoena it received on April 9 was "pursuant to a formal order of investigation," according to a new filing. 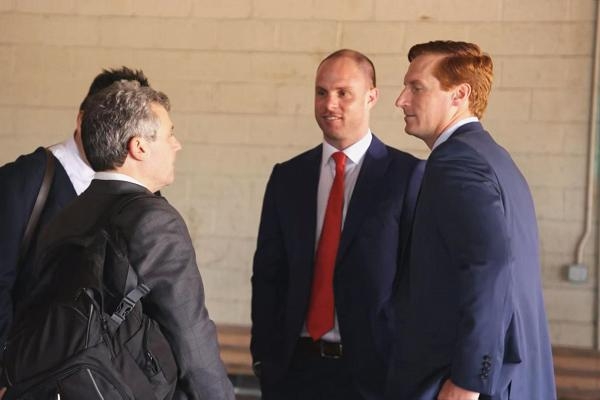 Riot released its first-quarter earnings on Thursday after filing on Tuesday that they would be delayed.

"The Company has received and responded to comments from the staff of the SEC regarding certain developments and the Company's ongoing development of a blockchain/cryptocurrency business model. These inquires include the proper asset classification, applicability of the Investment Company Act [of] 1940, to the Company's business and affairs and accounting treatment of its cryptocurrency," according to the quarterly report.

Riot "intends to fully cooperate with the SEC request," according to its annual report, filed in April.

A call Friday to John O'Rourke, Riot's CEO, was not immediately returned.

"I cannot comment on the subpoena," said O'Rourke after a shareholder meeting earlier this month. "We don't know the nature of the investigation and that's all my attorney advised me to comment on." 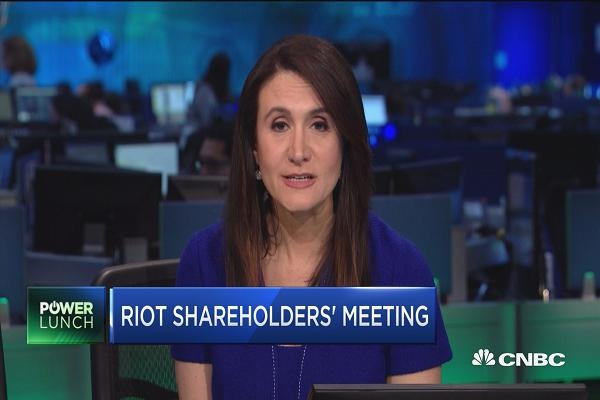 Riot's stock closed up nearly 12 percent Thursday for unknown reasons. The shares then fell in extended trading Thursday after the results were released and were down more than 7 percent midafternoon Friday.

"The Company expects to continue to incur losses from operations for the near-term and these losses could be significant," the report said.

Over that last quarter, Riot spent $18.9 million on purchasing property and equipment and used $5.6 million for operating activities.

"The Company expects the need to raise additional capital to expand our operations and pursue our growth strategies," Riot said. It expects to be able to meet its cash needs for at least one year, according to the filing.

A CNBC investigation in February found a number of red flags in the company's SEC filings that might make investors leery: annual meetings that are postponed at the last minute, insider selling soon after the name change, dilutive issuances on favorable terms to large investors, SEC filings that are often Byzantine and evidence that a major shareholder was getting out while everyone else was getting in.

"We have made significant inroads in building a diversified portfolio of investments and to begin securing digital assets," O'Rourke said in a letter to shareholders the day the investigation aired.

As bitcoin hit record highs in late December, Riot was making news on a daily basis. The company's stock shot from $8 a share to more than $40, as investors wanted to cash in on the craze of all things crypto.

But Riot had not been in the cryptobusiness for long. Until October, its name was Bioptix, and it was known for having a veterinary products patent and developing new ways to test for disease.

Riot warned it "may never become profitable," in its latest annual report.