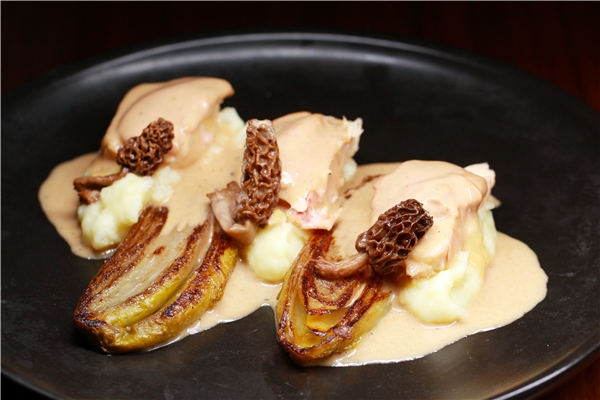 Dutch master chef Albert Kooy believes the world should be eating more vegetables, which can taste as delicious as meat if cooked in ways Chinese usually do.

The way the world is consuming its food today is worrying and humans will continue to do harm to the planet unless there is a radical change in consumption attitudes, says Dutch master chef Albert Kooy.

"We don't respect our produce that much. It's a status thing as well. Eating a lobster means more than just having some cauliflower," says the 56-year-old, who was recently in Beijing for the June 5 to 10 Dutch Days Beijing event.

Organized by the Embassy of the Kingdom of the Netherlands, the event comprised lectures and workshops on sustainable eating as well as a "Dutch Gastronomic Week" that was held at the One East Restaurant in the Hilton hotel.

Kooy is best-known for his philosophy on food sustainability that is centered on cooking using 80 percent vegetables and 20 percent meat, as the latter has a larger carbon footprint. 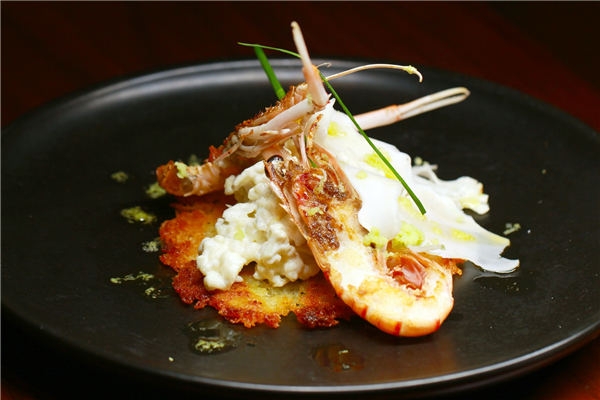 The Dutchman's worries about the sustainability of food are not unfounded. According to the Global Harvest Initiative, the world might not have enough food to feed every person by 2050 unless measures are taken to boost food productivity.

Sara Menker, the founder and chief executive of agricultural data technology company Gro Intelligence, painted a less optimistic picture during a TEDGlobal event in Arusha, Tanzania, last year, saying that the world could face a food shortage as early as 2027.

Kooy explains that the world should be eating more vegetables because it requires between 12 and 15 thousand liters of water just to produce one kilogram of meat. Studies have shown that vegetable production has a significantly smaller carbon footprint.

"We need to produce so many other different kinds of food in order to produce meat. I hope to create a new pattern of eating and raise awareness about eating in a manner that cares for nature and our planet," says Kooy. 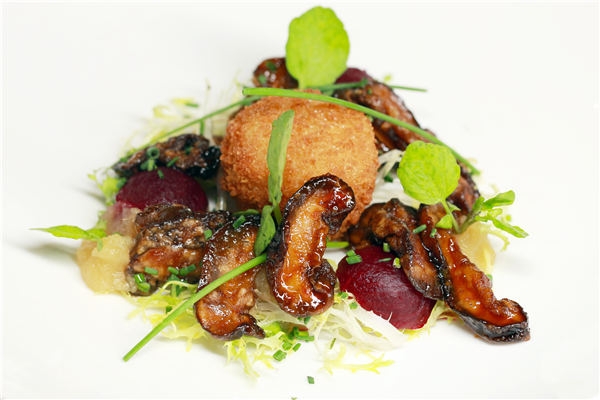 "You can still have steak, fish and lobsters, but maybe not 200 grams per serving - perhaps just 50 grams would do. This would then compel chefs to design a delicious dish that is vegetable-based."

Kooy also points out that chefs have a key role to play in food sustainability. Being "curators of taste", chefs can reduce meat consumption by creating appetizing vegetable-based dishes that can sway the preference of the masses. Creating such dishes, however, is no easy feat as it is more difficult to achieve robust flavors when cooking with vegetables, says Kooy. As such, the Dutchman says he is in the midst of developing new cooking techniques and recipes that could "make vegetables taste like meat".

Kooy shares that the flavor of meat is created by the Maillard reaction, which refers to the chemical reaction that takes place when proteins and sugars of food are transformed by dry-heat cooking, in turn creating new flavors, aromas and colors. He says this is why people tend to prefer French fries over boiled potatoes and pan-fried steak over poached meat. 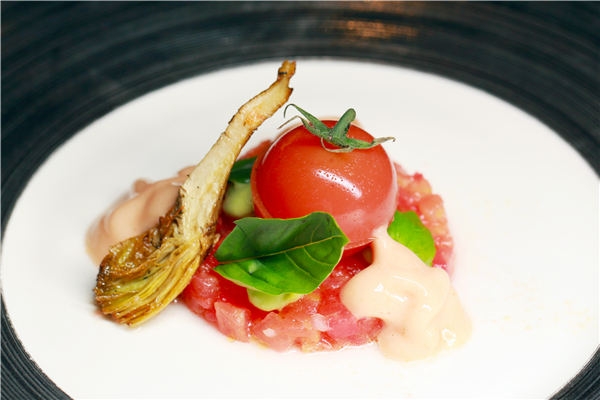 Kooy's stance is that humans enjoy eating meat because of its flavor and heftiness. In this regard, he believes that humans could be just as satisfied if they were to consume vegetable-based dishes that have secondary elements of pork, chicken or beef, and are accompanied with a meat-based sauce or gravy that provides the umami flavor.

The Dutchman adds that Western chefs can take a leaf out of the books of their Chinese counterparts when it comes to creating new textures using vegetables.

"The food structures in European fare are generally not as complex as in Chinese food. I've learned quite a bit about structures from Chinese kitchens in Holland. I got to play around with things that were jelly-like, slippery, tough, crispy and bouncy," he says. 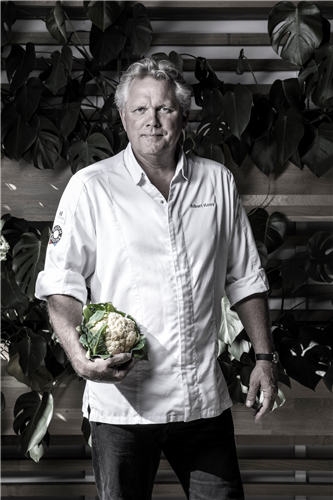 He points out that Chinese cooking methods such as fermentation and the wok-and-roam technique where "different flames create different aromas" can help to elevate the taste of vegetables. He cautions against boiling vegetables and instead recommends techniques like sous-vide and deep-frying which can help enhance the structures.

Chinese chefs have been playing a role in food sustainability as they are adept in cooking using nearly all parts of an animal, says Kooy.

"They have different techniques to prepare wonderful dishes for the different parts of an animal. Even for the chicken toes and feet," he says.

"Likewise, we should not only eat the prime steak, but the whole animal."