The Chinese government said Friday that it "immediately" retaliated against increased U.S. tariffs on Chinese imports as President Donald Trump's administration effectively launched a trade war with its most important trading partner.

China’s foreign ministry in Beijing said that tit-for-tat duties on U.S. goods took effect straight away after Washington’s 25% tariff on $34 billion worth of Chinese goods kicked in at 12:01 a.m. ET on Friday. 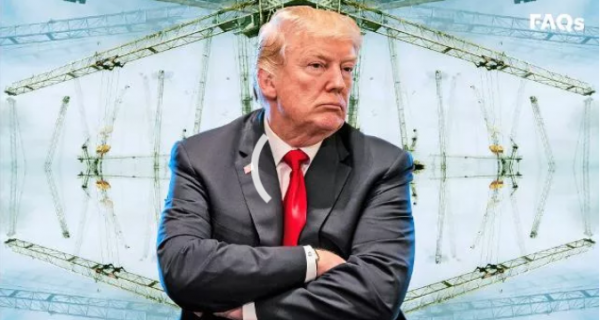 The ministry gave few other details.

Beijing had previously flagged that China would make a "necessary counterattack" if needed on a similar amount of U.S. exports including soybeans and cars. The U.S. levies mostly target China's industrial goods and some electronic components. A long list of targeted Chinese products directly purchased by Americans such as TVs, printers and washing machines was sharply revised in June following a trade hearing.

Trump is not happy with the U.S.'s large trade deficit with China and insists that Beijing has used unfair and predatory tactics such as requiring U.S. companies to hand over technology in exchange for access to China’s market. China rejects the allegation.

But many analysts and economists nevertheless believe that the new tariffs are counterproductive and will chiefly harm one particular segment of society: consumers.

"The decision to impose tariffs on Chinese goods will harm American consumers and businesses without addressing discriminatory and systemic Chinese trade practices and policies," said Josh Kallmer, executive vice president for policy at the Information Technology Industry Council, a trade association for the communications technology industry. "It is troubling that the (Trump administration) continues to assume that the imposition of tariffs will convince China to resolve complex trade issues, and irresponsible to downplay the impact on American workers and businesses," he said.

Maarten-Jan Bakkum, a strategist at NN Investment Partners, a Netherlands-based asset manager, said in emailed comments that "protectionist measures by one country could potentially spiral out of control, leading to more retaliation by more countries, eventually affecting a bigger share of Chinese, (emerging market) and global exports."

The United States had a record $375 billion trade deficit with China in 2017, according to Bloomberg data. Beijing is Washington's largest, single-country trading partner followed by Canada and Mexico. The 28-nation European Union political bloc is the U.S.'s biggest trading partner, representing more than $1.1 trillion in goods and services in 2016, according to the Office of the United States Trade Representative.

Trump has already complicated relations with allies over trade by raising import duties on steel, aluminum and autos from Europe, Canada, Mexico and Japan.

Beijng's official state newspaper China Daily accused the Trump administration of "behaving like a gang of hoodlums" for increasing the tariffs and said that the White House risked damaging the global economy if it did not reconsider its actions.

"There should be no doubting Beijing’s resolve," the newspaper said.

The White House has not yet commented on China's retaliatory measures, although William Zarit, chairman of the American Chamber of Commerce in China, appealed in a statement to both sides to negotiate a settlement.

"There are no winners in a trade war," he said.

Still, financial markets in Asia fell sharply on the development before erasing some of those early losses as investors responded with calm. Shares on China's main Shanghai index jumped 0.5% while Hong Kong’s Hang Seng index added 0.9% as the uncertainty ended over whether Washington would escalate tensions with Beijing.

U.S. stock futures dipped slightly ahead of the market's open in New York.

"The market is acting very calmly," Francis Lun, chief executive of GEO Securities Ltd. in Hong Kong, told the Associated Press. "But of course, the talk of a trade war already depressed the market for about 1,000 points in the past month already."

Take a look at how to delete snapchat steps

Swiftly this web site can irrefutably become popular between almost all blogging. CB01 2019

All the way trade war best essay writing service and China 'immediately' fires back and things would be perfect according to the new ideas. This blog is special and relate with the work. All of the readers will l

Thanks for Your writing i found them interesting tranzactive realcardnumber

wonderful issues altogether, you just received a new reader. What would you suggest in regards to your post that you just made a few days in the past? Any certain?