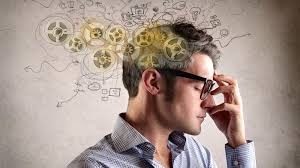 I was Jonathan Livingston Seagull!

I was 15 and landed the lead in a recital theater adaptation of the book. It had a nice little run that went well except for one night in the final scene. I had a line summarizing the play’s message about how love, deserved respect, and forgiveness, are all equally important to the freedom from the pressure to obey the rules just because they’re commonly accepted. The only other person on stage was my protégé, Fletcher, who then had his final line. I was supposed to deliver my last line before the end…..and I couldn’t remember what it was.

My line was supposed be the impetus for Fletcher to leave the stage, but I couldn’t remember it. As a result, he didn’t know what to do. I, having been a regular performer since the age of 10, DID remember the first rule of stagecraft, so I stood there calmly, beatifically smiling my “Jonathan” smile while HE began to panic. His panic was such that everyone in the audience knew that HE had blown a line when, in fact, it was me.

He stammered and gesticulated. Finally in exasperation, he left the stage, which was the light tech’s cue to fade to black and the play was over.

The first rule of stagecraft is: Never let them see you sweat. If you forget, most of the time the only one who knows it is you. Don’t advertise, improvise!

There are 5 keys to memorization. If you’re taking notes, now would be a good time to begin.

What happens if you forget? Remember what I said about the first rule of stagecraft: if your memory fails, most of the time the only one who knows it is you. So don’t advertise, improvise!

In my days of performing regularly, I was the king of forgetting lyrics to songs I’d written! When I “went up” on my own lyrics, I’d have to make something up on the spot—hopefully something that went along with the rest, but not always! The fortunate part was that because I wrote it, people were usually hearing it for the first time.

I would be dying on the inside, feverishly working on writing new lyrics in my head one second before they had to come out of my mouth live on stage—lyrics that not only needed to make sense, but had to rhyme! Dying on the inside but on the outside calm and natural like nothing was amiss.

Plan well, work hard, include as many senses as you can in your memorization process. Then, if things go wrong, use on-the-spot creativity to cover.

The butt you save, WILL be your own!