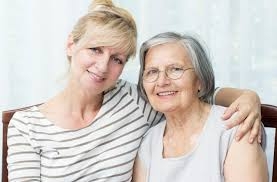 Single women over 55 continue to be a growing segment of the homebuyer population, according to research presented in a recent Wall Street Journal article.

Citing research form Ralph McLaughlin, the founder and chief economist at Veritas Urbis Economics in Alameda, Calif., the article states that since 1981 this female population has been the fastest growing group of homebuyers compared with a “multitude of other categories”.

“Married couples are by far the largest group of home buyers, and single women the next largest group. But last year, single, older women made up 8.2% of all homebuyers, roughly double the percentage of 20 years ago,” according to the article.

Women in this category also buy at nearly twice the rate as their male peers, who tend to remarry more quickly and die younger.

Of the three women featured in the article, the main factors that drove them to purchase new homes were “rightsizing”, a change in lifestyle, and being closer to family – the same main motivators for borrowers who choose a Home Equity Conversion Mortgage for Purchase, reverse mortgage originators said in a recent ReverseMortgageDaily.com article.

While the WSD article states that “longer average lifespans—and people working until later in life—are giving older buyers the confidence to take on a 15- or 30-year mortgage,” a HECM for purchase is often touted as another beneficial option for current older homeowners who are looking to move.

All three of the women in the article also are divorced, another life situation in which a reverse mortgage can be a benefit, reverse originators have said.

“Many women in this place in life want to own a home of their own,” the article quotes Jessica Lautz, director of demographics and behavioral insight for the National Association of Realtors, as saying.

Leah Hoffman, one of the women featured in the article “views her purchase as more than a financial transaction. ‘There are no bad memories in this house, and I’m going to try hard not to create any,’ she says.”

This data in the WSJ article supports the National Association of Realtors 2018 data showing that the highest percentage of single female buyers was found in the 72 and older age group.