Coming off an awards-sweeping year for Reese Witherspoon and Big Little Lies, the actress-turned-producer has a new TV show in store with Kerry Washington.

The streaming service Hulu announced victory in the heated bidding war for rights to Little Fires Everywhere, based on Celeste Ng’s 2017 bestseller. 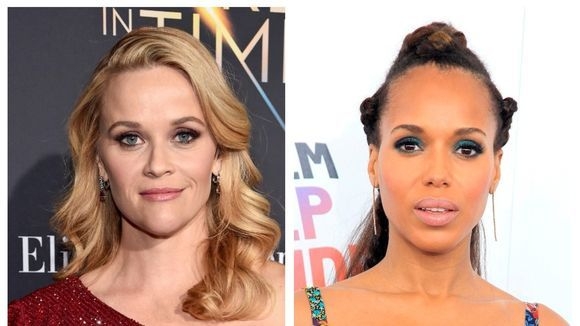 Witherspoon and Washington will be producing the series, which follows the intertwined fates of the picture-perfect Richardson family and an enigmatic mother and daughter whose lives are upended.

According to Hulu, "the story explores the weight of secrets, the nature of art and identity, the ferocious pull of motherhood – and the danger in believing that following the rules can avert disaster."

Witherspoon optioned Little Fires Everywhere prior to its publication, and after choosing it as her September 2017 book club pick it became an instant bestseller.

She then brought the book to Washington, and together they approached Liz Tigelaar (Casual) to adapt and showrun the eight-episode series.

In a statement, Witherspoon said the project continues her pledge to nurture female-driven stories "that are rooted in inspiration, emotion and truth - all of which form the bedrock of Celeste Ng's ingenious work."

She continued: "Hulu has a rich history of transforming groundbreaking literature into groundbreaking television, and we are confident that their talented team will use this story to spur a long-overdue dialogue around race, class, and what it means to be a mother."

Hulu has been beefing up its original productions since launching The Handmaid's Tale to critical acclaim last year. Among high-profile gets include George Clooney's upcoming series, Catch-22 (he will direct and star) and The First from House of Cards' Beau Willimon, which will star Sean Penn in his first television role.