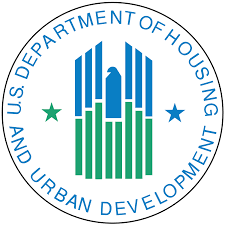 The Department of Housing and Urban Development late last week filed a formal housing discrimination complaint against Facebook, accusing the social networking giant of allowing companies to exclude certain groups of people from seeing their advertisements.

HUD says Facebook violated the Fair Housing Act when it gave advertisers a host of filtering options based on multiple demographic markers. For instance, landlords or mortgage companies could elect not to show their ads to residents in certain ZIP codes, or those who expressed interest in religious topics. Additionally, according to HUD, companies could choose to prevent people classified as showing interest in specific racial or ethnic groups — including “Latin America,” “China,” and “Somalia” — from viewing their content.

“The Fair Housing Act prohibits housing discrimination, including those who might limit or deny housing options with a click of a mouse,” Anna María Farías, HUD’s assistant secretary for fair housing and equal opportunity, said in a Friday statement announcing the move. “When Facebook uses the vast amount of personal data it collects to help advertisers to discriminate, it’s the same as slamming the door in someone’s face.”

At the same time, HUD noted that Facebook promotes its platform as ideal for housing-related companies. Under the Fair Housing Act, however, firms cannot discriminate against people based on race, religion, gender, or family status in any dealings related to housing transactions, including print and digital ads.

The move comes as Facebook has become a go-to social networking service for older Americans. Earlier this year, the Pew Research Center finding that 65% of adultsbetween the ages of 50 and 64 use the platform, as well as 41% of Americans aged 65 and older. For comparison, just 10% of 65-and-older survey respondents said they used Instagram, with 3% for Snapchat and 8% for Twitter.

HUD’s action takes the form of a “Secretary-Initiated Complaint,” under which the department will conduct an investigation and potentially file a formal discrimination charge.

“Throughout the process, HUD will seek conciliation and voluntary resolution,” the department noted. “Charges may be resolved through settlement, through referral to the Department of Justice, or through an administrative determination.”