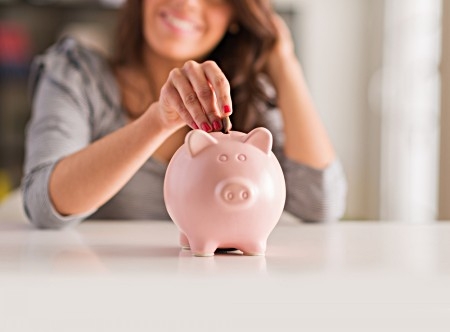 Owning a home is generally viewed as a better deal than renting, but in cities with exploding home prices and relatively flat rents, that may not be the case anymore.

According to Trulia, it now makes more financial sense to rent than buy in the nation’s two most expensive markets — San Jose and San Francisco. The balance is also shifting in favor of renting in a few other high-cost cities, such as Honolulu, Seattle and Portland, Oregon, according to a recent study by the San Francisco-based company.

Trulia said the overall U.S. market still solidly provides buyers with a financial benefit. But in the five years since Trulia began estimating the financial advantages of buying versus renting, this is the first time renters have come out ahead in any of the major metros it tracks.

In San Jose and San Francisco, renting was 12 percent and 6 percent cheaper, respectively, for the consumer than buying a home, Trulia said. San Francisco and San Jose are outliers, though. The National Association of Realtors, for example, has estimated that for a person earning $100,000, just 2.5 percent of the June listings in San Jose and 9 percent in San Francisco were affordable. Trulia reported that buyers still have a significant advantage over renters in places like Detroit.

Trulia estimated that on a nationwide basis, buying a home was 26 percent cheaper for a consumer than renting as of last month. This is the narrowest gap in five years, and has come down from 41 percent in 2016, according to Trulia. The key factor in closing the gap is that house prices have increased steeply along with mortgage rates, while rents are remaining relatively stable. In San Jose, for example, home prices have jumped up 29 percent in a year, while rents were unchanged. Home values rose 14 percent in San Francisco, and rents fell by 3 percent.

"There are a lot of factors," Trulia's Senior Economist Cheryl Young said during an interview on Thursday. "Obviously, mortgage rates are going up. That is going to tip the scales a little bit toward renting, but also home value appreciation is far outpacing rent growth right now. So, rents are pretty much cooling out. As they cool down and home prices track up, that margin between buying and renting starts closing."

Young said the balance could tip in favor of renters in other cities as well.

"There are markets that are always close to that margin, and things that could tip it," she said. "If mortgage rates were to rise and we still see rents flattening and even decreasing as they have been in some places relative to rising home prices, we may see some markets tip."

Trulia’s calculations include forecasts on future rent and price appreciation, and also estimates on how much a renter can potentially earn by investing in other vehicles. Trulia assumes that the buyer will stay in the home for seven years, put 20 percent down on a 30-year fixed mortgage.

Other housing analysts told Scotsman Guide News that gauging the advantages of buying versus renting can be a tricky exercise.

“The housing market doesn’t necessarily favor either one right now, as the choice of whether to be an owner or the renter is not a purely economic decision, but often includes the lifestyle decisions of an individual,” said Mark Fleming, chief economist for First American Corp.

Fleming also noted that in some of these high-cost cities, renters are in better position now to buy than when home prices were near their low point seven years ago.

“While housing prices are on the rise across the country, by historical standards they are still within reach in many markets,” Fleming said. “In fact, when you account for the historically low interest rate environment and rising incomes, consumer house-buying power is up nearly 24 percent since 2011,” he added.

Len Kiefer, deputy chief economist for Freddie Mac, said that rising home values tend to give the buyer a financial edge over the renter, who is gaining no equity.

“Certainly if we look back historically, homeowners have done pretty well relative to renters,” Kiefer said. “It doesn’t mean that it is going to be true in the future, but if you look at where our forecast is for the overall economy, we are still forecasting home prices to continue to rise at a pretty healthy pace over the next couple of years.”

Kiefer said in a few high-cost cities with high property taxes, homeowners will be hurt by new tax changes that eliminated or reduced homeownership perks in the federal tax code. This may give renters some advantage. He said the tax changes so far don’t seem to have reduced homebuyer demand significantly, though.

“Certainly in the high-cost, high-tax markets, places like parts of California, New Jersey, Illinois,  the cost of homeownership is going to be a little bit negative,” Kiefer said. “But if we look at actual data on what has happened in those markets,  it is hard to see a discernible impact in terms of slower overall activity that you could attribute to the tax law,” he said. Kiefer said rising prices and higher rates were likely making homebuying less appealing, however.

Renters have been less sold on the financial benefits of owning a home, according to recent Fannie Mae surveys. In January 2010, for example, 76 percent of surveyed renters saw an advantage in buying. That number has fallen to 68 percent as of the end of June.

“Renters' view of the financial benefit of owning has come down a little bit,” said Mark Palim, deputy chief economist for Fannie Mae. “That probably reflects that home prices are up substantially.”

Palim said that renters are still expressing a strong desire in buying homes for non-financial, quality-of-life factors. He said the improved economy and a surge in household formation has kept the buyer demand up in spite of rising home prices and rates.

“Millennials have really moved into the market in a big way, and they are closing the gap relative to other generations,” Palim said. “People have far more financial means to afford a home and go out and buy a home, and that has translated into pretty brisk demand.”