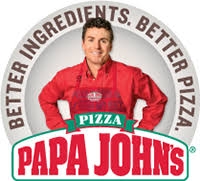 Once again corporate-speak steps in oozing political correctness hoping to save the bottom line. In the most recent example, Papa John’s Pizza apologized Tuesday night for comments made by CEO John Schnatter blaming sluggish pizza sales on NFL players kneeling during the national anthem.

The Louisville, Kentucky-based company is a major NFL sponsor and advertiser. In an earnings call earlier this month, John Schnatter said that "NFL leadership has hurt Papa John's shareholders" and that the protests "should have been nipped in the bud a year and a half ago."

In true smarmy sycophantic fashion, the company tweeted a statement offering to "work with the players and league to find a positive way forward. The statements made on our earnings call were describing the factors that impact our business and we sincerely apologize to anyone that thought they were divisive," it said. "That definitely was not our intention.”

The only good part in their statement was toward the end: "We believe in the right to protest inequality and support the players' movement to create a new platform for change. We also believe, as Americans, we should honor our anthem. There is a way to do both."

THAT’S the truth. Yes, NFL players have the right to protest. But the choice in how the protest is presented matters more than the point they’re trying to make. NFL players have disrespected the flag, the anthem, the military and the country.

John Schnatter’s premise of lagging pizza sales being due to the protest is false. He should look inward at how to improve the taste of his cardboard slabs than outward toward easy scapegoats. 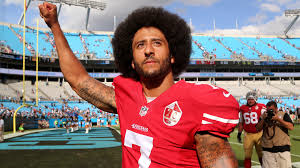 The movement was started last year by former San Francisco 49ers quarterback Colin Kaepernick, who kneeled to protest what he said was police mistreatment of blacks. More players began kneeling after President Donald Trump said at an Alabama rally in September that team owners should get rid of players who protest during the anthem.

The truth behind why the company sent out its retraction is based solely in their wallet. Papa John's stock has fallen by nearly 13 percent since Schnatter's comments.

Instantly Discover how to Put up VIPRE Internet ..
09-17 21:11 By yuwac3443
For anybody who is exhausted by availing a zero ..
What You Need To Know Abut Singapore Tech Pass
09-17 20:11 By Cheryl Lee
Singapore Government will issue a new work permi..
What You Need To Know About Certificate of Incor..
09-17 19:58 By rikvin.marke..
Certificate of incorporation is a proof of busin..
How CBD Can Be The Key To Overcoming Fibromyalgi..
09-17 09:52 By regeneratecb..
There is a condition affecting millions of peopl..
Runners Can Feel Like A Champ By Taking CBD -And..
09-17 09:49 By regeneratecb..
Right now, at the time of writing, TV viewers ar..