Whatever your political party affiliation, Monday night's presidential debate was, at best, embarrassing. Neither candidate is one we can be proud of. Neither candidate is a person who's hand I would be glad to shake. Neither Clinton nor Trump "won", but America lost. Whoever wins the White House, America loses. All I want is a President I can look up to and be proud of as they represent my country and its citizens.

I haven't been able to be proud of a man in office since Ronald Reagan. That's been a very long time. I don't care which party wins. As Roy Sendele wrote in his blog, no one is in office long enough to do any real damage. I just want a person who will be "Presidential!"

Bill Clinton didn't do anything that any other womanizing President before him didn't do. There were a number of philanderers in office--Kennedy being one of the worst.

The elder Bush seemed a bit out of his league and lied through his teeth.

The younger Bush--though his heart seemed in the right place--was never truly effective.

Obama has single-handedly brought down the "distinction" of the office more than any President before him.

Does anyone really think that either candidate now stumping for office will raise the bar of behavior? No way! America is in for another 4 - 8 years of embarrassment and decidedly un-preseidential behavior.

I invite you to try and look beyond the surface foolishness of both Hillary and "the Don" and examine the root truths--or lies--behind HOW they are speaking. Try to look beyond the personality to the points they are putting forth. Which one's points make the most sense for you? Then choose that person and keep your fingers crossed they don't screw it up too bad! 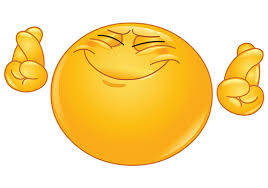