763
Ivanka Trump says the media is not the enemy of the people. The White House declines to agree.

Washington (CNN )Ivanka Trump said Thursday she does not believe the press is the enemy of the American people, putting her at odds with a view repeatedly expressed by her father, President Donald Trump, and his White House, which declined to take a stand on the issue hours later.

Asked at an Axios event at the Newseum in Washington if she believes "the media is the enemy of the people," Ivanka Trump, a White House senior adviser, replied, "No, I do not."

"I've certainly received my fair share of reporting on me personally that I know not to be fully accurate, so I have some sensitivity around why people have concerns and gripe, especially when they're sort of targeted," she continued. "But no, I do not feel that the media is the enemy of the people." 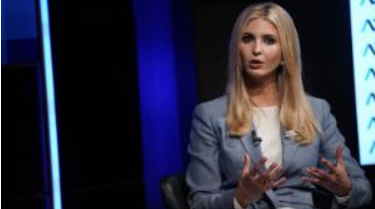 President Trump, moments before leaving the White House for a campaign rally in Pennsylvania on Thursday, defended his daughter's remarks.

Asked at the White House briefing Thursday about Ivanka Trump's remarks, press secretary Sarah Sanders refused to reject the President's statements that the media is the enemy of the people, saying he is "rightly frustrated" with the negative coverage of his presidency.

Responding to CNN's Jim Acosta, who pressed her repeatedly to condemn the "enemy" label, Sanders, who read from prepared remarks, aired her own grievances about the press, saying the media have "attacked me on a number of occasions."

"The media continues to ratchet up the verbal assault against the President and everyone in this administration, and certainly we have a role to play, but the media has a role to play for the discourse in this country as well," she added.

Trump and Sanders' remarks come at a contentious time between the White House and the press.

Earlier this week, Eric Trump and the President both a shared video of Trump rallygoers in Tampa, Florida, shouting "CNN sucks" at the press while exiting the rally venue.

And in late July, a CNN reporter was banned from an open press event after she asked the President questions regarding Trump's embattled attorney, Michael Cohen, and Russian President Vladimir Putin in the Oval Office that the White House press team deemed inappropriate. The frequency of White House "daily" press briefings also diminished substantially. There were only three briefings over the course of the month, and they lasted 58 minutes altogether.

"Had a very good and interesting meeting at the White House with A.G. Sulzberger, Publisher of the New York Times," Trump tweeted. "Spent much time talking about the vast amounts of Fake News being put out by the media & how that Fake News has morphed into phrase, 'Enemy of the People.' Sad!"

In a lengthy statement released after Trump's tweet, The New York Times said that it was the White House who invited the Times, and that it requested the meeting be off-the-record. But with Trump's tweet, a Times spokeswoman said the newspaper decided to publicize Sulzberger's "detailed notes."

Sulzberger said he accepted the meeting to raise concerns about "the president's deeply troubling anti-press rhetoric" and that he told Trump his language was divisive and "increasingly dangerous."

Some are really helpful information in there. It is extremely decent to see your site. I get a kick out of the chance to share these sorts of articles to my friends who like to read the websites for increasing great contemplations and information. For mor