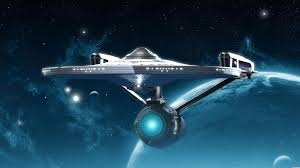 The field of condensed-matter physics encompasses all new solid and liquid phases of matter, and its study has led to nearly every technological advance of the last century, from computers to cellphones to solar cells. From a chemistry perspective, is it possible to create materials that have new properties that can change our world, and eventually be used to explore "strange, new worlds"? Perhaps gaining a deeper understanding of Quantum Materials might provide the essentials in making science-fiction flight a fact.

What makes a substance a quantum material? Quantum materials have unusual and fantastic properties that arise from enormous numbers of particles acting in a concerted way.

Think of a conductor directing a symphony: without some order brought to the music, all you have is noise. The more musicians performing out of sync with the rest of the orchestra, the more noise you will have.

A quantum material has all of the constituent musicians—in this case, the electrons or atoms in a material, which amounts to billions upon billions of particles—acting in a certain way according to quantum rules, or "sheet music," if you will.

Instead of noise from random electronic and atomic motions, with a conductor you get music—or in the case of new materials, a new property that emerges. The use of these new properties for devices is what is driving the technological revolutions that we are seeing today.

So, how can these new materials be used in the spacecraft of tomorrow? One example might be the force-shields that protect ships in Star Trek. High magnetic fields could be used to protect bodies from incoming projectiles, especially if the projectiles have an electric charge.

Even if it’s still a fantasy, it’s fun to think that maybe one day I could truly say, “Beam me up, Scotty!”